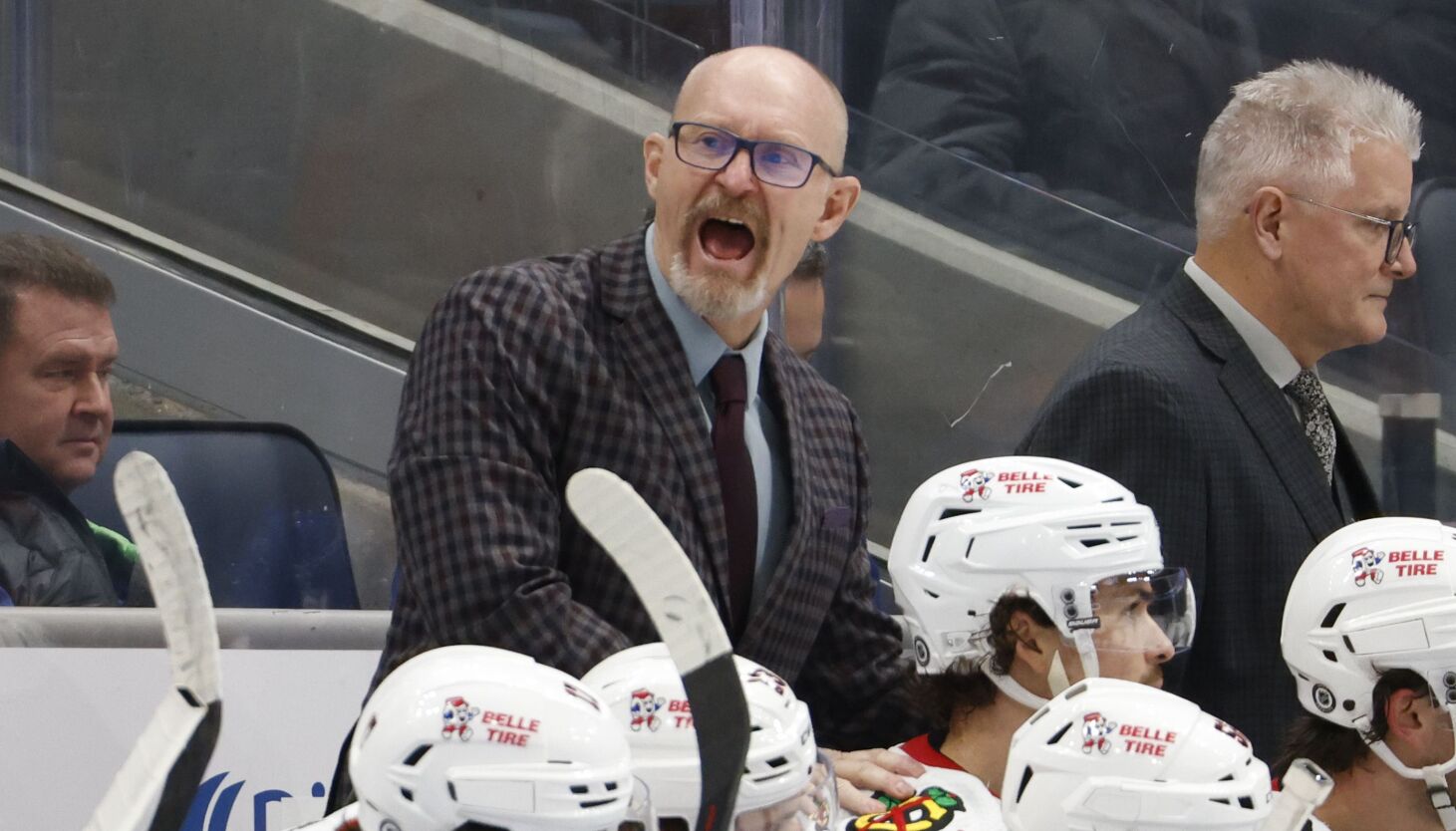 Derek King returns this season to the kind of coaching role in which he is most experienced. No longer pulled in a hundred different directions as interim head coach, he can focus on working with the Blackhawks’ forwards.

But King’s sincerity has gone nowhere, and he is deeply disappointed with the group’s performance so far.

“I mean we’re dead last in scoring,” King said Tuesday. “We don’t shoot the puck enough. so a lot of our stuff [is about working on] changing sides, [going] Low to high, getting to the net, shooting when given the opportunity. We still keep beating them until they figure it out.

The Hawks’ inexplicable teamwide hesitation has been an issue since October. He averaged only 45.3 shots per 60 minutes on five-on-five, which ranked 31st in the NHL. And while their lack of possession is a major factor, it is not the only factor.

So why has it proved so difficult – impossible, even – to get the better of that mindset? King suspects this is due to a lack of confidence in Snowballing.

“A guy struggling to score goals passes the puck more than he shoots more,” he said. ”I’ve been in that position too. You’re in a sequence and you want to score, but then you start overthinking about it, so you’re like ‘here’ and just pass it by. We are doing it a little too much.

He called out Taylor Raddish and Max Domi as particularly frequent offenders of his instructions to shoot more.

“I always give Max a little bit,” King said. “Besides, I know her father [former NHL player Tie Domi] Okay, so her father isn’t going to come after me. but [Max] He has a great shot and he will have to use it more.

Comments like these demonstrate how effective King’s greatest strength — his innate humor — can be.

His interview Tuesday in place of head coach Luke Richardson – who missed the morning skate with an illness made it the perfect opportunity for King to revive his classic ‘bad shrimp’ joke – offered several reminders of that.

When Richardson made the unorthodox decision to offer King the supporting role and King accepted, he knew it would be a challenging, loss-filled season. They also knew that maintaining an uplifting team mood and culture would be key.

”The other day, I warmed up a bit on the bench, bent over a bit, and [Luke] It was like: ‘Okay, something’s wrong. If Kinger is getting angry, something is wrong,” Raja joked.

“The biggest thing with Luke is his demeanor, his calmness. When he raises his voice, people know, ‘Okay, we’ve got to raise it a little.’ But he’s never been throwing markers, kicking over Gatorade stands or anything like that. He’s been really good. This team is lucky to have a player like him because there are other coaches who probably can’t handle [losing] also.”

Richardson’s presence freed King from the many outside head-coaching duties that had also plagued him last season, limiting his job responsibilities to coaching and coaching alone.

King admitted in August that he would have preferred to be hired as the permanent head coach of the Hawks, but he nonetheless appreciates taking on what is perhaps a better-suited role.

“I enjoy it because that’s where I started – working with people,” he said. “I probably got a little lost last year. Managing my time, I could have done better. But you learn and you move on.

It seemed as though one of those regrets was relinquishing day-to-day control to assistant Mark Crawford – who served at times, especially early in King’s tenure, as de facto head coach – and Crawford old friend of Rob Cookson, whom he brought in as third-in-command of the Hawks. However, the king did not reveal the names.

“I probably would have taken a little more work on the video part, getting people ready and things like that,” he said. [Hockey] league, I was always giving people – whether it [then-assistant] anders [Sorensen] or someone else – [duties like], ‘You guys run the drill. This is your exercise. That’s how I approached last year.

“Seeing how things are going now, I probably should have practiced on my own.” whether they are my exercises or not, [I should] Just take it and be that voice.