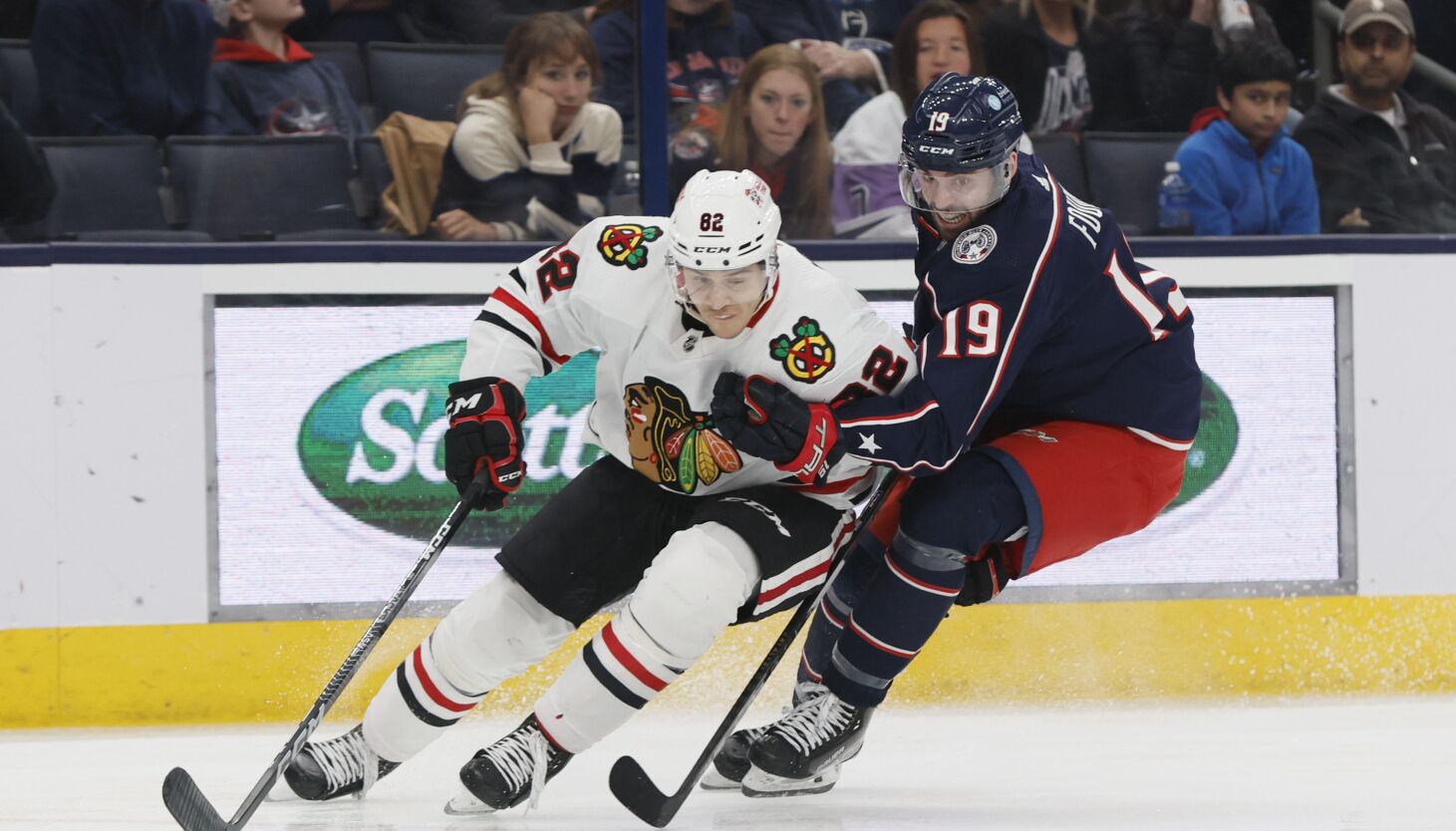 Alarm bells went off in Caleb Jones’ head every time he ventured deep into offensive territory on Tuesday.

As a defender, he would have been really far from his position. But he repeatedly reminded himself that he was actually playing forward. Technically, he was the Hawks’ third line left wing.

“A few times on the clip I could see myself backing up and not coming up,” he said with a laugh on Thursday. “I started skating backwards—that was definitely my inside guard. But better safe than sorry in that case. That was my mindset: I’m not going to be overly aggressive and just come back.

Jones was originally going to be a healthy scratch against the Lightning. He wasn’t planning on going out to warm up—and therefore wasn’t doing his usual pregame stretching—when the Hawks told him around 6:30 p.m. that they would need to dress him.

And he didn’t realize that playing meant playing forward—essentially in place of Tyler Johnson, who had fallen ill—until coach Luke Richardson told him at the last minute.

“I said I could probably play some variations there,” Jones said. “Then before the first puck dropped, Luke said, ‘I’ll probably keep you there the whole game.’ It was definitely a new experience, but I made some good defensive plays and made some O-zone shifts.

“I know my ‘D’-zone [system], Like what our forwards should do and what their job is, so I didn’t feel too nervous about any positional stuff. … But when you just have to go in and play, sometimes you can play really well without thinking too much.

He ended up with 13:48 ice time in 15 innings with good results. The Hawks outscored the Lightning 5–3 during their five-of-five ice time periods; During this, neither team scored a goal. Richardson praised her for taking advantage of the opportunity and doing “whatever we asked her to do”.

It’s probably for the best, though, that Jones won’t have to be excused as a forward for a second time.

The Hawks’ roster remains in heavy flow entering Friday against the Coyotes, but not in flow enough to require that level of creativity.

The Hawks called up forwards Lucas Reichel and Brett Seny from the AHL, and both will be in the lineup on Friday no matter what. This will be Reichel’s second appearance of the season, presenting another chance for the top prospect to finally translate his offensive versatility to the NHL. He would be playing wing, not centre.

At 26, Seni is an unlikely prospect but has earned this opportunity nonetheless. The former Devils and Maple Leafs depth winger is the AHL’s second-leading scorer this season with 38 points in 32 games. Rockford coach Anders Sorensen said Seni plays with a fast pace and gets to the net well.

Meanwhile, Patrick Kane is “probably” for Friday; He will test his lower body injury in the morning before the doctors make a decision. Either way, though, it doesn’t sound like a major long-term issue, which would have been a worst-case scenario on Tuesday if he didn’t come back for a third term.

Richardson said of Kane’s injury, “There was no point in provoking it today.” “It’s just settling down. If he can … let the swelling get out there and if that feels good [Friday], He will definitely try and move on. So it’s good.

Johnson returned to practice on Thursday, but Andreas Athanasiou is now sick and has not been able to practice as a result.

And Mackenzie Entwistle and Jujhar Khaira were placed on injured reserve with right wrist and lower back injuries, respectively, though both are eligible to be activated at any time. Entwistle and Jarred Tinordi (facial surgery) skated separately on Thursday; Khaira did not.