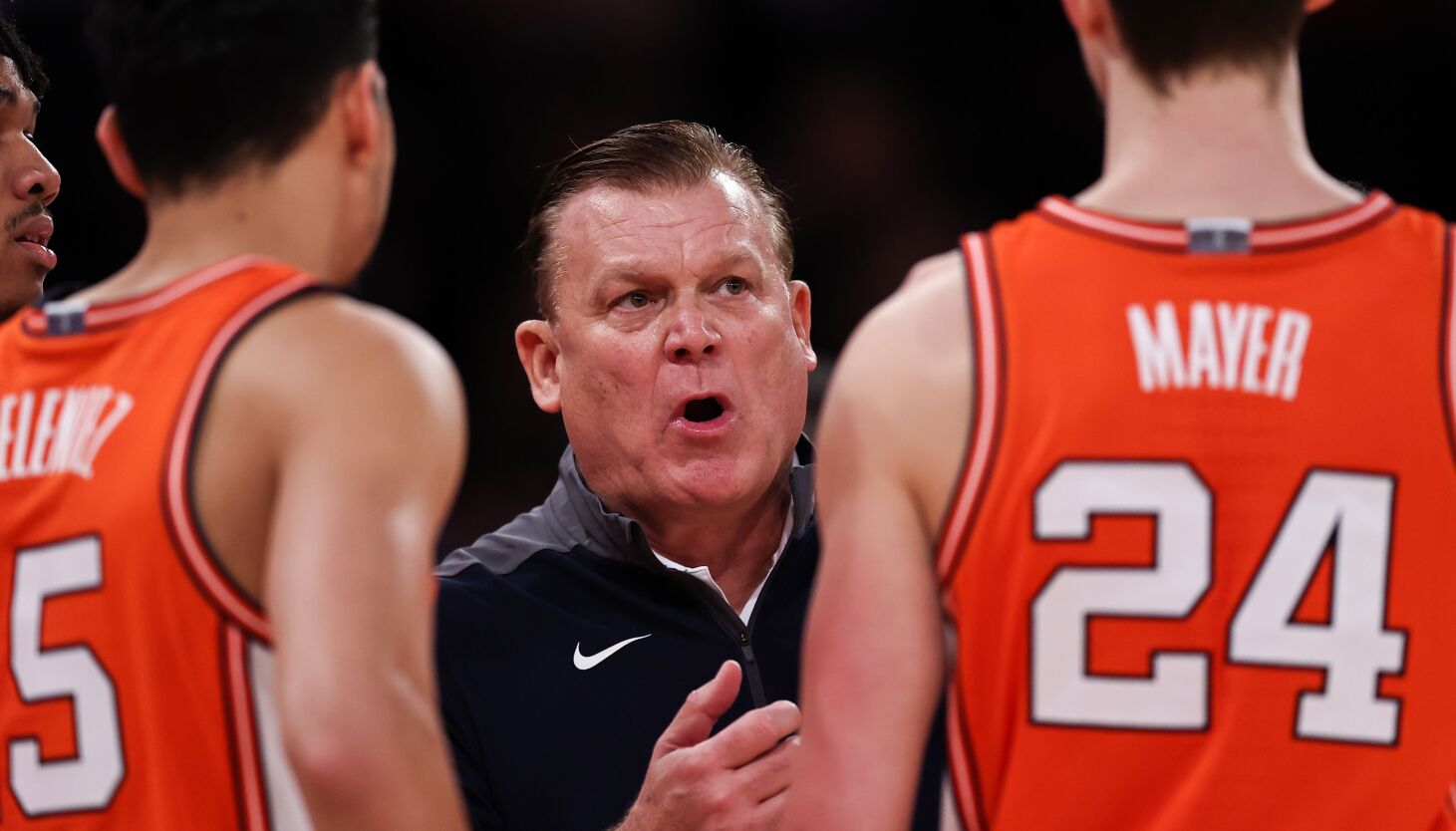 Not even half a season?

And just like that, is Sky Clark — the five-star point guard who was Illinois’ highest-ranked recruit since Dee Brown — leaving Champaign in the rearview?

However, hours before Clarke posted, word that his orange-and-blue days might be over swept through Illini country like a tornado.

Fair or not, some fans were quick to criticize a player for seeking the No. 1 pick in this fast-paced era of the college game.

Accurately or not, others were blaming Illini coach Brad Underwood for ejecting a player.

I’m not doing either, certainly not until more is learned and revealed.

Clark’s post began, “I want to start by saying that I love the University of Illinois, my coaching staff, my teammates, and the wider Illinois community.”

Illinois later released a statement from Underwood describing Clark as “still a valued member of our program”.

But it’s not hard to figure out why some minds immediately turned to Underwood as the report initially spread. Last time we saw him, he was again grinning in the players’ faces as the Illini, coming off a brutal start to a disappointing 9-5 and 0-3 in the Big Ten, lost at Northwestern on Wednesday night. If the team’s season could be distilled into one image, it would have to be Mount Underwood erupting during a timeout while fallen players close their eyes.

It’s been that kind of season for the Illini. A bit strange A little uncomfortable And sometimes, where it comes to blowing up on his coach’s head, it seems a bit awkward.

“We weren’t playing as hard as we could have played,” said Underwood the day before a home game against Wisconsin that the Illini simply could not afford to lose. “And when I feel I have to lead and fight them, I do. …

“I’m going to fight, and our people know it. I’m made to be that way. It doesn’t matter this year, last year, the year before [that] – I am who I am.

But last year and the year before, the Illini were clawing their way toward the top of the Big Ten. This time, they are sinking like a stone. And a team whose biggest on-court weakness has arguably been inexperience at point guard could be in trouble.

Meanwhile, Underwood is crying. anyone listening?

After Illinois lost badly to Penn State in Champaign on December 10, Underwood reprimanded his players, telling the media that it was a team with “zero” leadership. When asked specifically about newcomer Terrence Shannon Jr. – a transfer from Texas Tech – in this department, Underwood stuck out her tongue and made a disapproving sound.

Before the next game, veteran Coleman Hawkins was asked how he learned to adapt to Underwood’s — shall we say — directness.

He added: “Sometimes you stop and listen to them, and I’m just like, ‘No, come on, just keep going.’ He’s yelling and yelling. Once he yells and yells, like, you’re sitting there listening to him [and] You will be thinking about it all the time. You just have to move on from it.

A week later, after the Illini’s poor performance in a win against Alabama A&M, Matthew Meyer—a transfer from Baylor who won a national championship playing for light-hearted coach Scott Drew—became an “insider” among players and coaches. mentioned problems. , Meyer shared that he disagreed with how hard Underwood made the team work in practice in the days before that game.

“I think where me and Coach Underwood might differ a little bit,” Mayer said, “is there are a lot of things in my body that I’m trying to work on, and that’s a big ‘all mental.’ man. And I think we’ve been miscommunicating on that.

Underwood built this roster, a mix of returnees, transfers and freshmen, which at this point did not operate at the NCAA tournament level.

“It has to be about us,” he said. “It’s one of those issues that happens with new boys and young people: It’s always about them. It becomes a person [thing], It’s me.’ ‘I’m not playing enough.’ Or, ‘I’m not shooting it well.’ It has to be about us. And when it’s us, we win.

Until then, one can only assume there will be moments late in the first half on Wednesday in Evanston, when Underwood kept his face inches from Shannon and yelled at him so that he could easily be heard from the opposite side of Mt. . Vesuvius.

But is anyone really listening?