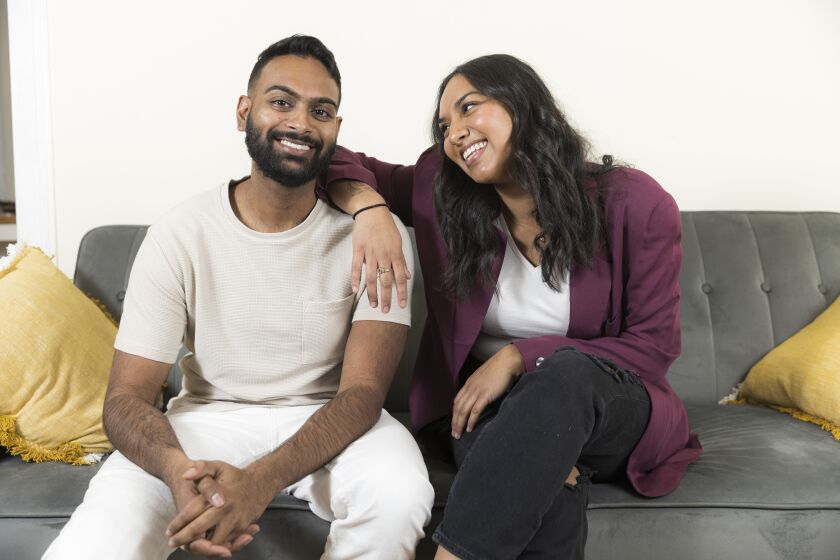 Peacock’s original competition series “Baking It” is serving up a slice of Sweet Home Chicago in its second season as local siblings Rima and Ravi Patel continue their quest for the title of Best Baking Duo and the serious dough that comes with it. Places: $50,000 cash prize.

The Glendale Heights sibling team have been strong contenders since the start of the season, which premiered on December 12, with the last eight teams of Household Bakers advancing to make it to the finale showdown that airs on January 9. Was.

The Patels’ unique creations for each episode’s themed competition incorporate culinary cues from the Indian traditions they grew up with, along with the “grandmother judges” – Anne Leonard, Harriet Robin, Norma Zagar and Sherry Williams – of Simultaneously impressing the lovely quartet of hosts. Maya Rudolph and Amy Poehler on the way.

This included making non-traditional savory butter chicken bao in the shape of snakes and rats for Episode 2’s “Bake Your Fears” challenge, in which teams had to make edible representations of their biggest phobias. (Reema states that she has been most afraid of rats since seeing them as a young child while living with her grandparents for a year in India, and Ravi’s biggest fear is snakes).

“Baking isn’t always sweet, which I think people forget. This is a baking competition, not a dessert competition,” said Reema in the episode, explaining her choice of salty rather than sweet treats. His risky move paid off. “It’s exciting,” Poehler told the siblings, who also received a resounding “good job” from the panel of granny judges.

To their initial creation in Episode 1’s “Replica” challenge (using their memory to recreate a display of cakes torn apart by the hosts), the Patels added an edible topper that featured the Indian flag on one side and the American flag on one side. Was decorated with Other.

“Baking is not a very Indian thing, but it is fun for us to take flavors that we have loved or techniques that are Indian and incorporate them into our cakes,” Reema said during a recent phone conversation. putting in.” Sun, ahead of the finale episode. “We just wanted to show the versatility of who we are … and introduce new things to people.”

Ravi continued, “Our goal was to incorporate Indian spices and flavors into every challenge, and to really show Grandma [judges] There are other spices in there as well, as opposed to sticking to typical American styles.

Patel is one of three brother-sister pairs featured among the teams this season, which also includes friends, married couples, and roommates. All contestants still interact over a group text, said Rima, who said the atmosphere during production was “fun, good times”.

The teams also used pauses in filming to break into song.

“We ‘locked up’ a lot of Akon,” joked Ravi, a reference to the COVID restrictions that allowed teams not to leave their hotel rooms during production except for taping episodes.

The Patels said that cooking really connected them when they were young, and because of this, it has become a sacred thing for them.

“Growing up, we didn’t really get along. The one thing that really brought us closer to each other was food,” said Reema.

Ravi also recalled finding common ground on the Food Network as children, which completed their television experience on “Baking It”.

“We’d fight over everything. But at night, we’d watch the Food Network. It was totally normal for us to be anxious to watch Emeril Lagasse at 6 p.m. … As we grew up, we watched on TV Started making things up on the go, and it was a way that we bonded.

Siblings also found common ground in helping others. Both Patels entered the field of healthcare early in their careers – Rima worked as a therapist specializing in substance abuse and addiction, and Ravi continued to find his calling as a traveling ICU nurse.

“For me, food has a huge overlap. One of the reasons why I gravitated towards food is realizing that even a little dessert can make someone’s day better,” said Reema. is therapeutic as well as the creator of it.”

Rima eventually realized that baking was her passion, and she left her medical practice to pursue her culinary dreams, first cutting her teeth in the kitchen at Blackberry Market Cafe in Glen Ellyn, and Sweetness Bakery in Chicago’s Edgewater neighborhood. and Cafe’s Edge. She now creates custom creations for clients, many of which can be seen on her Instagram pages (@itsreemap and @reema_bakes), where a casting agent for “Baking It” found her.

“I saw a post for the show and I liked it, but I never sent an application or anything. A few months later, a casting agent contacted me,” Reema recalled. “We stopped on a phone call and he asked who I wanted to bring with me. And of course I was like, ‘My brother!’ We had to go through a series of interviews and castings but it happened through Instagram and luck, I guess.

While Rima had to keep quiet about her results before the finale aired, she said that if she won, she would eventually like to open her own bakery. “I really hope I can expand,” she said.

To Ravi, he reveals that he mainly did the show to support Reema’s ambitions, though Reema states that she deserves much of the credit. “I couldn’t be on the show without him,” she said.

Ravi may want to open his own restaurant in the future, noting that Roast is one of his favorites in Chicago, though he has many non-culinary interests, including serving as an advocate for type 2 diabetes awareness and education. And there are passions. Reema and Ravi’s parents and both sets of grandparents have been diagnosed with the condition. Reema said that this is something that works even when baked.

“I think that’s why I didn’t bake as much growing up, and I do more now, because before it was like, who’s going to eat that? Now it’s on my mind a lot, like when I’m making buttercream and things like that.” which are super sugar,” shared Reema. “It also makes you aware of how you eat your sweets. You can savor and appreciate the fact that you’re enjoying it, which makes it all the more worthwhile.

And doing so with family, whether it’s her brother or the new relationships she’s forged through all her new experiences, is ultimately what makes Rima feel fulfilled, she said.

“It’s really special that food can bring people together.”

Watch the last four episodes of “Baking It,” Season 2, now on Peacock. The final episode will end on January 9. A Celebrity Version of “Baking It” featuring Fred Armisen, Kristen Bell, Nicole Richie and JB Smoove is also now available on Peacock.

Try these recipes from Rima Patel:

1. Measure dry ingredients and whisk together or sift into a separate bowl

2. Cream the butter and sugar on high speed until light and fluffy, 3-5 minutes

3. Turn mixer on low and add in eggs and vanilla

4. Add half of your dry ingredients and milk alternately, mixing to combine but do not overmix

5. Portion into cupcake tins or cake pans and bake at 350°

6. When cupcakes/cakes are cool, brush with salted butter and cinnamon sugar (I like a thicker crust but use your judgment!)

note: Don’t have cake flour? Make your own by using 1 cup of flour and replacing 2 tablespoons of flour with cornstarch, just whisk it in and you’ve got DIY cake dough!

1. Beat together butter, cream cheese, salt and vanilla on high speed 5 minutes or until creamy/lump-free

2. With mixer on low, gradually pour in powdered sugar (1 cup at a time) until smooth and combined

3. Eat with a spoon or use to decorate your cupcakes!

2. Add cocoa powder, powdered sugar and espresso powder to it

4. Pipe or scoop into serving bowl and refrigerate until ready to serve 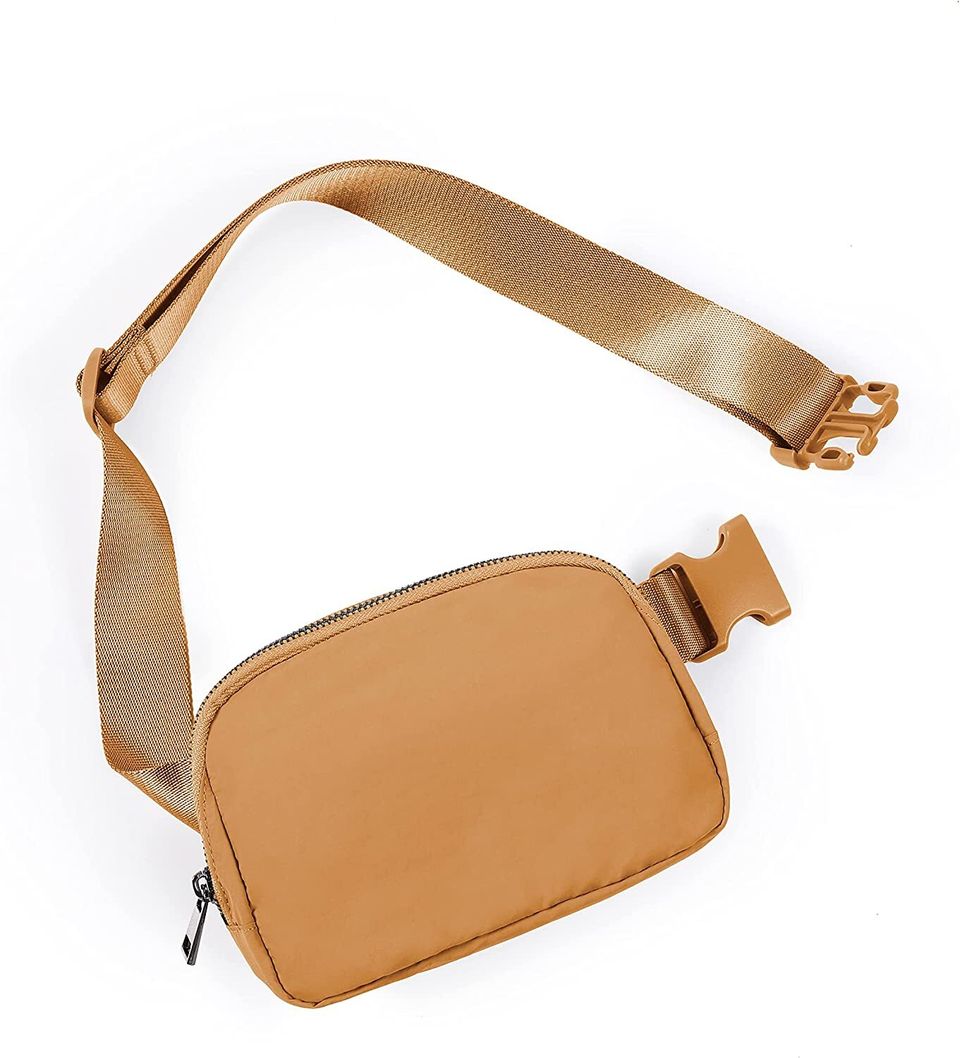