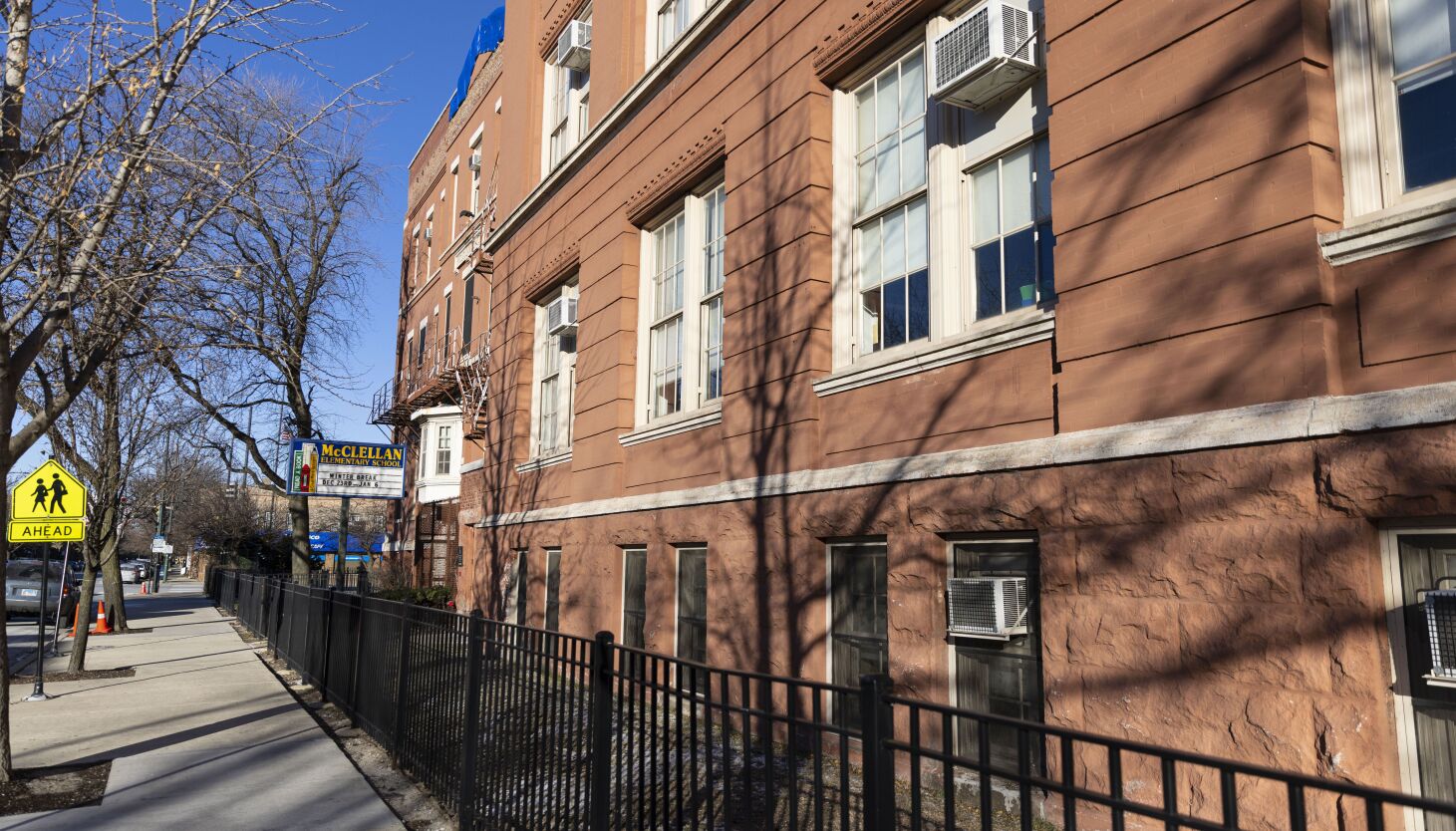 As students return to public schools this week, Chicago Public Schools should adopt a recent suggestion from the Sun-Times Editorial Board to provide stronger identification, treatment and support for schools facing lead contamination.

Members of the Chicago Teachers Union bought their own lead tests to highlight the danger to medically vulnerable students at McClellan Elementary in Bridgeport because the mayor (who runs our school) required students to schedule their own blood tests. is required to do. Thankfully, pressure from staff and parents forced CPS to invest $35,000 in repairs to the building over the holidays. But this is just one school among hundreds.

CPS acknowledges that lead paint may be present in nearly every school built before 1980, due to a $2 billion backlog of repairs to desperately needed facilities. Instead of applying more Band-Aids to deep environmental wounds, CPS should partner with CTU a green school plan Which deals with the security for every student.

The need is dire.

black and latino school community passed high level Cumulative effects from environmental toxins compared to more affluent neighborhoods of the city. Three schools in working-class McKinley Park – Everett, Evergreen and Kelly – are a mile away from the controversial matte asphalt, whose operators are seeking a $500 million city contract amid hundreds of complaints from residents. is in the neighborhood greatest density of environmental toxins and air pollution in Chicago.

The three Altgeld Garden schools – Carver, Eldridge and Carver Military – are in a ‘toxic doughnut’ of 50 landfills and nearly 400 industrial facilities. Thousands of low-income Black children and families – including the 20% of students from neighborhoods without permanent housing – face disproportionate exposure to DDT, PCBs, PAHs, heavy metals, xylene and more.

We urge CPS to join us in creating such a plan to prioritize the billions authorized for building upgrades. The more mayors and boards of education delay, the more actively they put our most burdened school communities in harm’s way.

A green school plan will create healthy, sustainable buildings that conserve energy, reduce the ecological footprint of schools and protect the health of students, teachers and families. CPS can begin by working with us on the schools with the highest environmental burdens and greatest health risks. Let’s do it.

Jacob Sullum’s column on Trump’s tax returns was reasoned and clearly written. However, he misses the larger point about the higher calling of public service. The “dangerous precedent” he and Republicans are pushing for is not a demand for documents by a legislative branch that is legally empowered to oversee the executive. The real danger, the worrisome precedent, is Donald Trump’s refusal to release his taxes, which all presidents of the modern era have done.

While tax laws and regulations can be confusing and complicated, ethics are not. They are basically transparent and absolutely essential for the functioning of a healthy and strong democracy. While the right to privacy is a time-honored American value, citizens have a right to know the reality of a candidate for public office, not just the spin of a campaign mechanism. Candidates and office holders must understand and agree that the need for financial transparency is and should be greater in government service than in private commerce.

Citizens have a right to know whether a person in public office, with his or her attendant power and reputation, may be harboring private and/or public concerns that may compromise his or her decisions in office. We need to know who “butters the bread,” or, conversely, who may be able to pressure, bargain, or extort lucrative contracts or favors. “A legitimate legislative purpose” is overseeing the functioning and yes, the ethics of the executive branch. And a valid and compelling reason for presidents and members of Congress to be candid with their financial records is the need for stricter ethics in government.

The desire to enrich oneself is normal in the capitalist system. That desire, when channeled into government, very easily turns into corruption and abuse of power. Very slippery slope. The agenda of secrecy and hidden money is not commensurate with the light and transparency a democracy needs.

Yes, privacy must be protected. But ethics? even more so. They are the heartbeat and lifeblood of democracy.