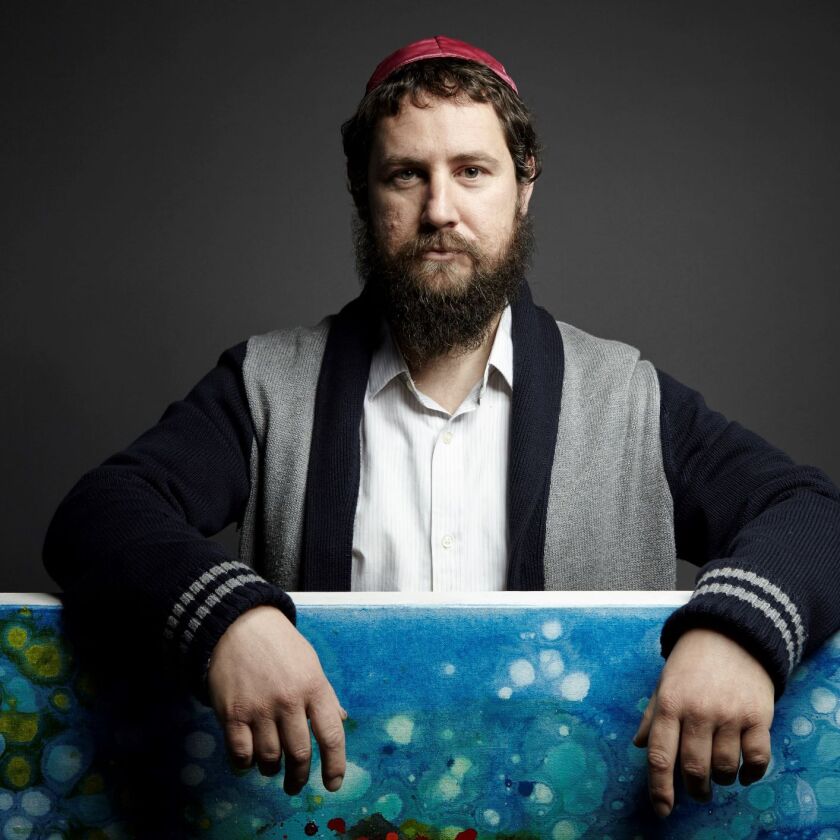 On Dempster Street near Crawford Avenue in Skokie, the building of a Jewish organization is decorated with a mural depicting the pages of an open book, flying in fiery colors and Hebrew letters.

Rabbi Yitzchok Molly, known as the “Pop Art Rabbi”, was the lead artist behind the mural, which was painted in 2020 on an exterior wall at the Lubavitch Chabad in Skokie.

He says that the book is a religious text and the mural is a living faith showing Judaism.

Molly says she tried to capture the spirit of the Hebrew word mitzvah – Often thought of as a good deed but which actually translates as “to command”. This, he says, can be seen as “building bridges with the divine” through prayer, religious study, and other “physical actions that bring spiritual energy”.

“When you pray, bless, whatever it is you’re doing, you’re creating a transferable experience here, making a positive spiritual impact on the world,” says Molly, who painted the mural with the help of the children in Cetin. Picture was made. Lubavitch Chabad youth group. “My job is to visualize that spiritual energy.”

Molly is from New Jersey but is longtime friends with Rabbi Yochanan Posner of Lubavitcher Chabad, which is in the 4000 block of Dempster Street in Skokie.

Prior to the coronavirus pandemic, Posner organized an event where youth groups painted the center’s van blue with an orange CTN logo.

“Making murals” was “one of my dreams,” says Posner. “But we never really had the opportunity.”

Then, when COVID-19 hit, they thought it would be an ideal pandemic activity to engage a youth group in making a mural—something that could be done outside, in shifts, and with proper social distancing.

Also, it will be something in real life that people were yearning for.

“It’s not Zoom,” says Posner. “It’s the stark reality. In a weird way, COVID gave us an opportunity to do things we couldn’t do otherwise.

So Posner planned to have Molly come over and lead the creation of the artwork.

“The other murals have a very clear plan and idea,” says Posner. “It wasn’t like that.”

He adds that Molly’s style is “very casual. He doesn’t paint lines. He starts with a concept.

It lets kids “do what they want with very loose parameters.”

But Posner says he had an original intention: “I wanted it to be Jewish. There is public art in Skokie and Chicago. But there is no Jewish public art. And that’s what I wanted.”

Posner’s opinion on the mural? “I think it is meant to convey a sense of purpose and meaning in life. Things that are meaningful or important are represented by an open book.”

Molly says that he “has been painting murals for many years.” He was “a full-time rabbi in a synagogue” when he realized that the gift God had given me was using art to communicate. Now, I am a full time artist.

He was back in Chicago last year to paint another mural, this one with Rogers Park artist Anshi Kagan, at the Akiba-Schechter Jewish Day School, 5235 S. Cornell Ave.

Molly was hired for that project because someone with the school had seen her work in Skokie, according to Jill Kohl, director of operations at Akeeba-Schechter.

The message on that mural? “It all starts with the Torah,” Kohl says. “And we have the Torah that’s open, and all the letters are coming out, and it helps create life.”