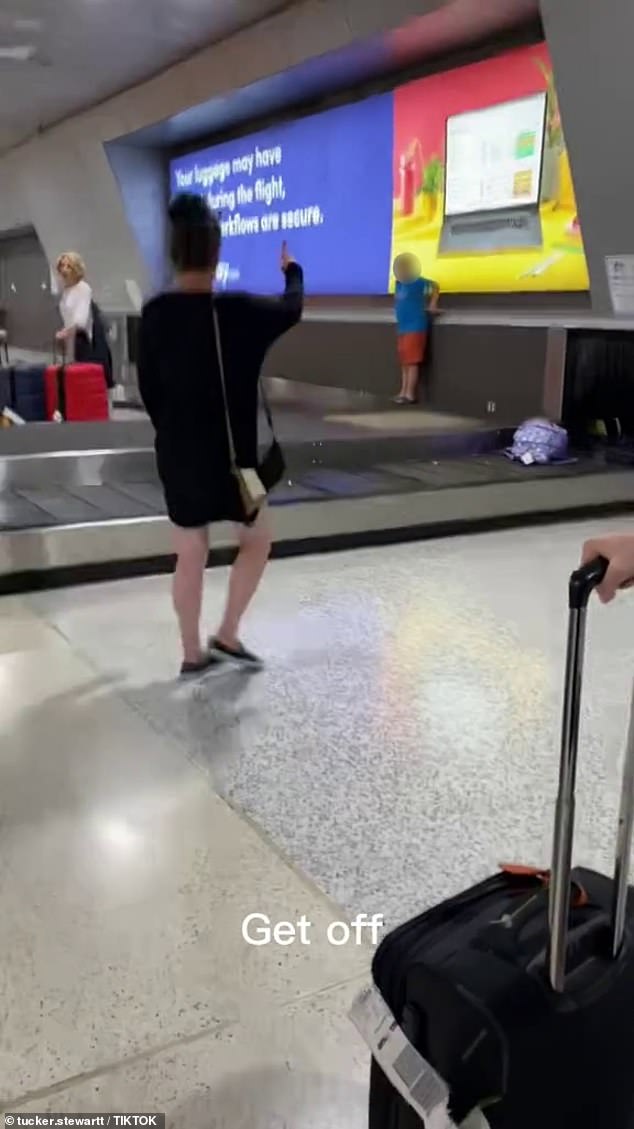 A child has wreaked havoc on one of Melbourne Airport’s luggage carousels, which was moving along a conveyor belt, before throwing people’s suitcases to the ground.

It can be seen in the video that despite the mother refusing and instructing her to get down, the child is jumping on the conveyer belt and running hither and thither.

‘Get off now,’ the mother can be heard saying.

‘Get off there now or I’ll come pick you up,’ she shouted, to which the boy replied, ‘No, you won’t’.

Passengers watched in shock as the boy wandered around on the carousel before a man grabbed a suitcase and pulled it away.

The mother screamed again but the boy ignored her pleas to behave.

Shocking footage shows a toddler wreaking havoc on a luggage carousel at Melbourne Airport, running along a conveyor belt and tossing people’s luggage away, horrifying onlookers

It wasn’t until a Melbourne airport employee jumped on the public-address system that the boy started to behave.

The airport employee said over the intercom, ‘Hello everyone, can parents please control the child who is spinning on the carousel on concourse number 4.’

‘We have security and the police are coming to talk to you.

‘Please get your child off the carousel, thank you.’

On hearing that the police were coming, the boy jumped up and ran to his mother.

One person commented, ‘If I was a kid I would be belted next week.’

‘My mother will bite me in front of all those people,’ said another.

‘He reminds me to take my pill,’ jokes a third. 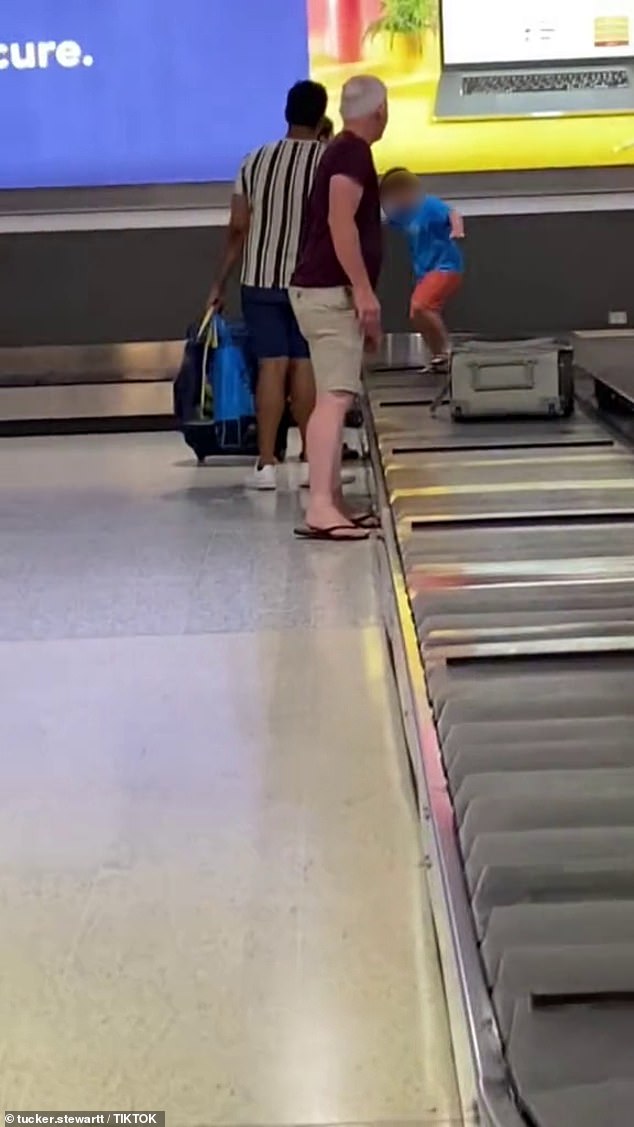 Others applauded the quick-thinking worker over the PA system for scaring him by mentioning the police.

‘The lady on the pa must be mum.. she saw what she needed. The kid took off at the mention of the police,’ one person commented.

Another wrote, ‘When he heard that the police were coming to talk to him, the brother defecated himself.’

Melbourne Airport has been contacted for comment by Daily Mail Australia.