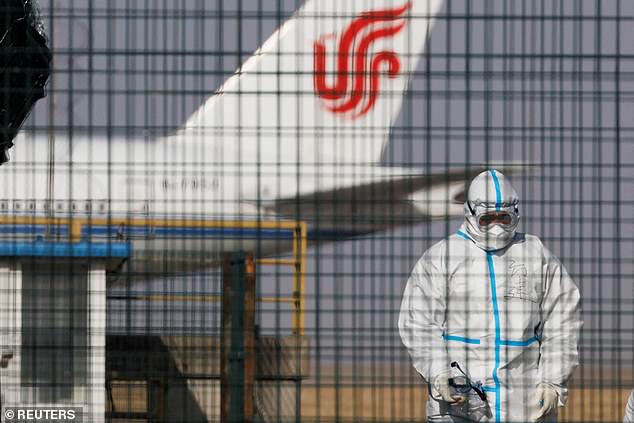 China on Sunday lifted quarantine requirements for incoming travelers, ending nearly three years of self-isolation, even as the country grapples with a surge in Covid cases.

In the final unveiling of those rules, on Sunday, travelers arriving in China will no longer be required to quarantine. From March 2020, all arrivals were forced to undergo isolation in centralized government facilities. This reduced from three weeks to one week this summer and five days in November.

A worker in a protective suit stands near an Air China Airlines plane at Beijing Capital International Airport as the coronavirus disease (COVID-19) outbreak continues in Beijing, China, January 6, 2023. 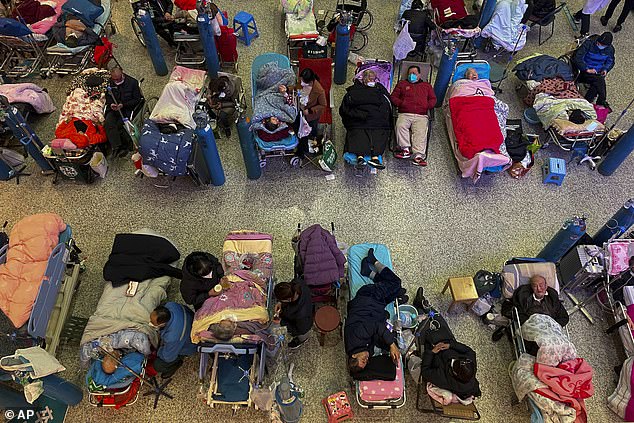 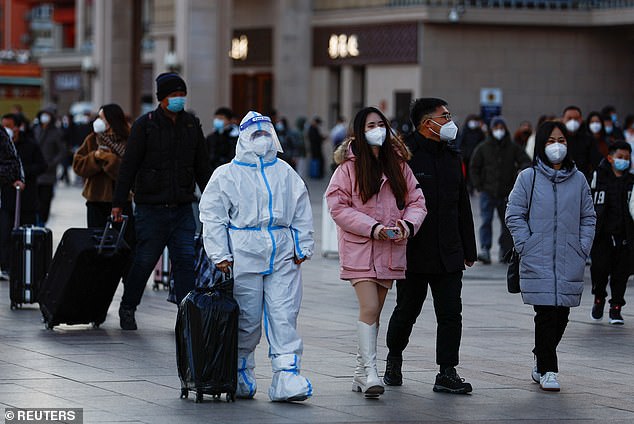 A commuter wearing a protective suit walks outside Beijing Railway Station as the start of the annual Spring Festival journey, amid the coronavirus disease (COVID-19), ahead of the Chinese Lunar New Year in Beijing, China January 7, 2023.

Chinese people rushed to make plans to travel abroad after authorities announced last month that the quarantine would be lifted by sending inquiries to popular travel websites.

But the expected surge in visitors has prompted more than a dozen countries to implement mandatory Covid testing on travelers to the world’s most populous nation as it battles its worst outbreak.

The outbreak is forecast to worsen as China enters the Lunar New Year holiday this month, during which millions of people are expected to travel from hard-hit megacities to vulnerable older relatives in the countryside. 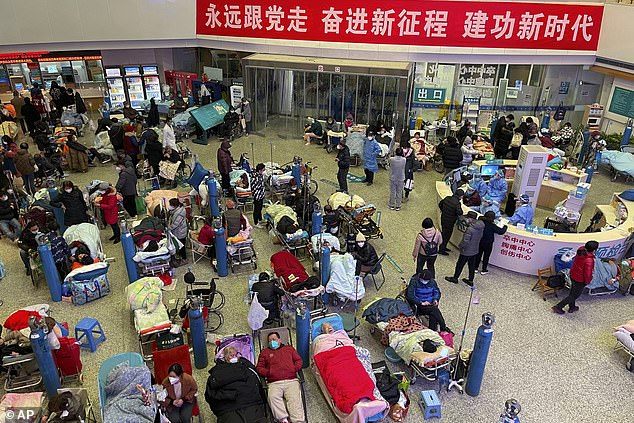 Patients, most of them elderly with COVID symptoms, crowd the halls of Changhai Hospital as they receive medical treatment in Shanghai, China, Tuesday, Jan. 3, 2023. 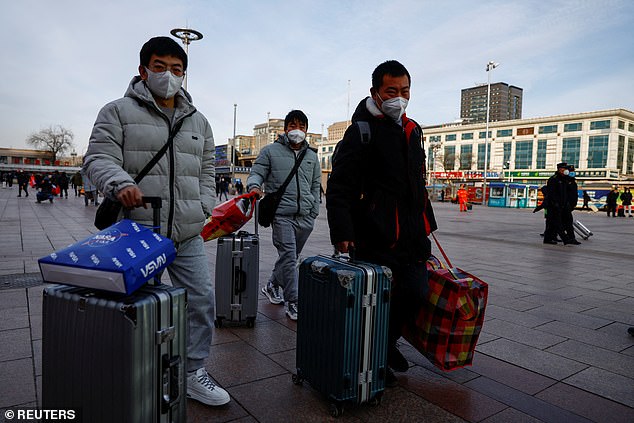 People walk outside Beijing Railway Station with their belongings as crowds travel to the annual Spring Festival, amid the coronavirus disease (COVID-19), ahead of the Chinese Lunar New Year in Beijing, China January 7, 2023.

Despite the testing requirements, Zhang Kai, 28, told AFP he was planning to travel to either South Korea or Japan.

His friends have already landed in Japan and conducted tests, which he dismisses as a ‘small case’.

Across Asia, tourist centers are preparing for a surge in Chinese visitors.

At a crepe stand in Seoul, Son Kyung-rak said he plans to deal with the influx of tourists.

“We are preparing to rent and stock up,” the 24-year-old told AFP in Seoul’s popular downtown Myeongdong district.

‘If Chinese tourists are our main customers, the more the merrier.’ 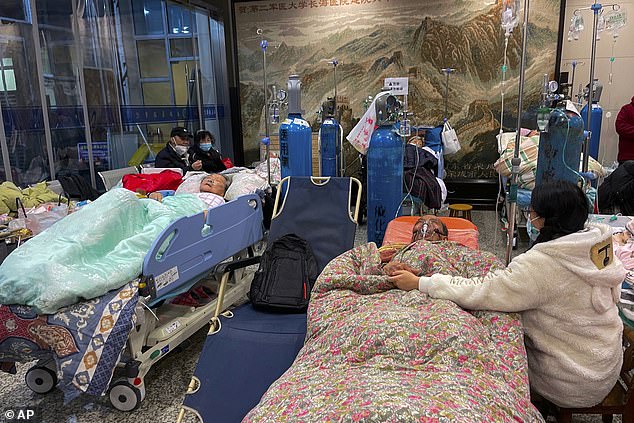 China is now facing a surge in cases and hospitalizations from COVID-19 outbreaks in major cities and is set to spread to less developed regions with the start of the Lunar New Year travel rush. 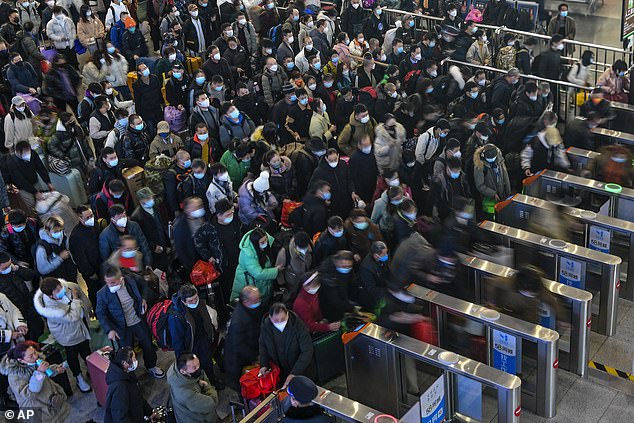 In this photo released by Xinhua news agency, people wearing face masks line up with their luggage to catch their train at a ticket counter at a railway station in Suzhou in east China’s Jiangsu province, Saturday, Jan. 7, 2023.

In Tokyo, caricaturist Masashi Higashitani was dusting off his Chinese language skills as he catered to more holidaymakers.

But while he told AFP he was thrilled about China’s reopening, he acknowledged some apprehensions.

‘I wonder if the influx of so many of them could overwhelm our capacity. I am also concerned that we need to be more careful about anti-virus measures,’ he told AFP.

Hong Kong’s recession-hit economy is desperate to reconnect with its biggest source of growth, and families separated by the border await reunions on the Lunar New Year. 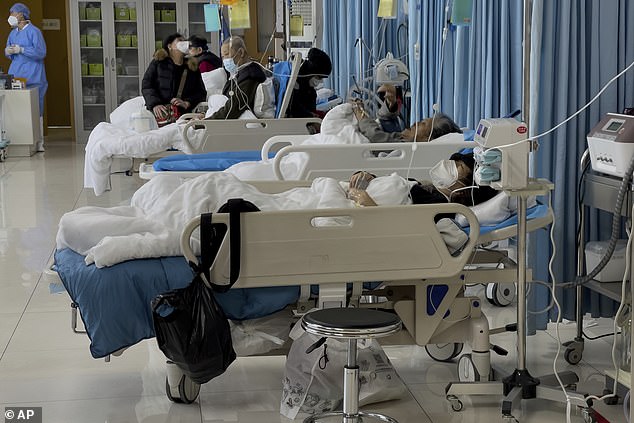 People take care of their elderly relatives undergoing treatment at the emergency room of a hospital in Beijing, Saturday, Jan. 7, 2023. China has suspended or closed the social media accounts of more than 1,000 critics of the government’s policies on COVID-19. Outbreak, as country moves to open up further 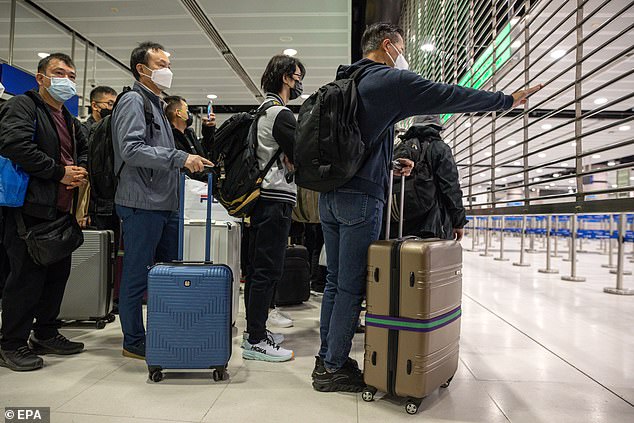 Hong Kong’s recession-hit economy is desperate to reconnect with its biggest source of growth. Travelers wait for Hong Kong immigration desks to reopen before crossing the border with China on Saturday, Jan. 8 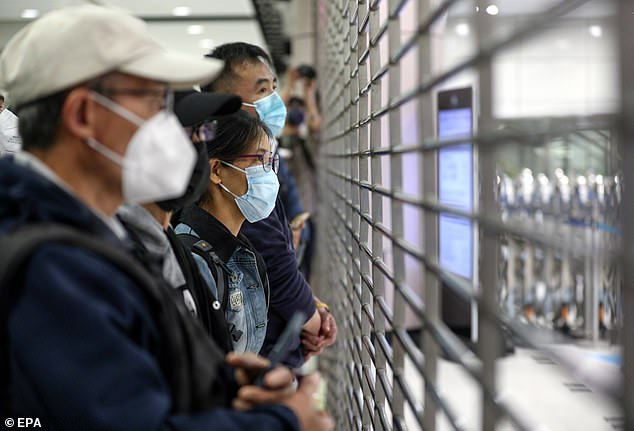 Up to 50,000 people a day are expected to cross the border through land checkpoints now that the quarantine requirement has been removed 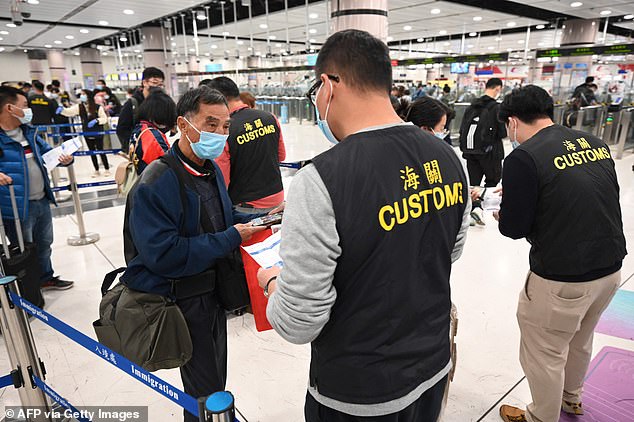 After online registration, 50,000 Hong Kong residents will be able to cross the border at three land checkpoints daily.

City leader John Lee said another 10,000 people would be allowed to enter by sea, air or bridges without the need for advance registration.

A total of more than 280,000 people had registered to travel within a day of the new rules being announced. 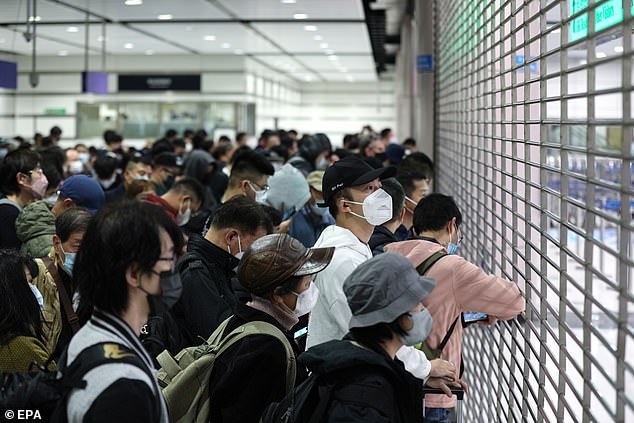 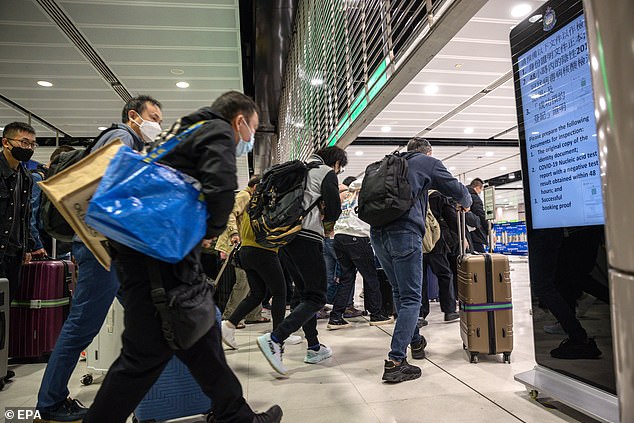 The first people to be able to cross the China-Hong Kong border without stopping to race to the immigration desk. A negative PCR test is still required to travel across the border

But Hong Kong travelers will still be required to present a negative nucleic acid test result obtained 48 hours prior to departure.

The city has said immigration officials will start issuing permits for mainlanders to travel to Hong Kong and Macau “according to the pandemic situation and service capabilities”.

Hong Kong’s flag carrier Cathay Pacific has said it will more than double its flights to the Chinese mainland.