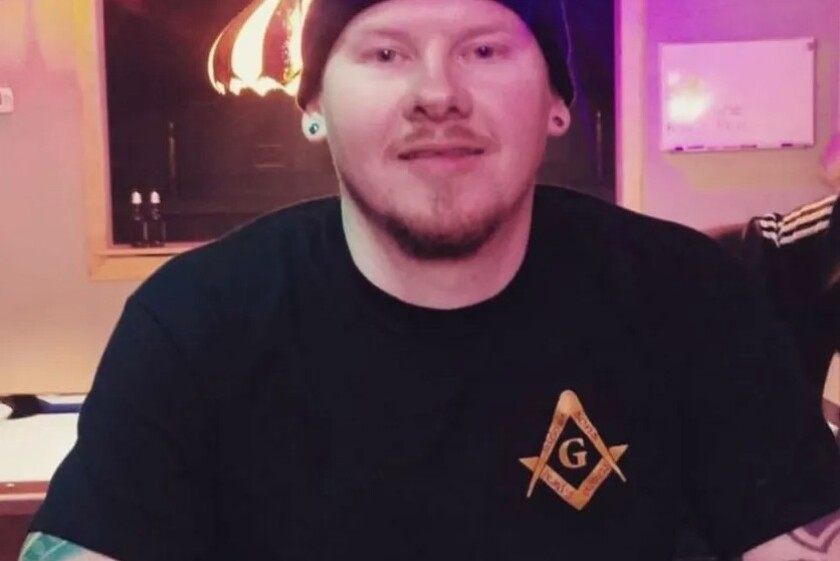 One of the nation’s most influential civil rights organizations has sent a scathing letter to city officials that fired a Chicago police officer for associating with members of the far-right Proud Boys and then lying to investigators.

The Southern Poverty Law Center, whose history stretches back to the civil rights movement of the 1960s and ’70s, said police departments must also do a better job of rooting out extremism in their ranks.

Jeff Tischhauser, a senior research analyst at the Law Center, wrote, “Nobody who is tasked with protecting the public can be equally trusted to do so when they are openly racist, bigoted.” And get associated with the wrong organization.”

Violent criticism directed at Mayor Lori Lightfoot and the police superintendent. David Brown comes as three senior figures are demanding public hearings in the case of Officer Robert Bakker, who was suspended following two internal investigations into his links with the Proud Boys.

Bakker began serving a 120-day suspension in November, according to records obtained by the Sun-Times. He will return to active duty by March 1.

There was no immediate comment from the mayor or the superintendent.

In his letter to Lightfoot and Brown, Tischhauser described the Proud Boys as “an authoritarian, ultranationalist hate group that has a long history of violence.” “They are known to use law enforcement agencies to legitimize and promote their radical views,” he added.

Tischhauser accused the police department of “neglecting its commitments to protect and support Chicago communities by allowing Bakker to continue in his role as a law enforcement officer”.

“Allowing Bakker to maintain his role may create an environment of impunity for other officers who may associate with violent groups and contribute to the erosion of trust between the public and law enforcement officers,” Tischhauser argued. gave.

He urged the mayor and superintendent to devise policies and procedures to prevent officers from engaging in “white supremacist and extremist activities”.

Anti-fascist activists outed Bakker as a Proud Boys associate in May 2020, publicly releasing private communications between him and known members of the group.

Police investigators later learned that Bakker had failed to notify the department about FBI agents coming to the Central District four months earlier and questioning him about his ties to the group.

He was initially given a five-day suspension for failing to disclose the interview, but other charges centered on his association with criminals and members of the Proud Boys were not sustained.

The case was eventually reopened at the request of the city’s Inspector General, Deborah Witzberg, who wrote a letter in November 2020 saying that investigators had overlooked incriminating evidence and noting that Bakker had with the FBI— He also made “inconsistent statements” to the Department’s Internal Affairs Bureau.

Investigators eventually upheld five new charges, including that Bakker had made “contradictory statements” about his activity in Proud Boys chat channels and “false statements” about attending barbecues involving the group.

After agreeing to a 120-day suspension, Acting Deputy Inspector General Megan Carlson asked Brown to look into whether Bakker’s testimony amounted to a violation of the department’s rule prohibiting false statements, which could lead to dismissal.

Brown has never responded but the decision to keep Bakker on the police force remains under investigation.

Eld. Byron Sigcho-Lopez (25th), the most vocal critic of the decision, introduced A proposal last month for the hearing of the Public Safety Committee on the investigation and “final disciplinary course of action”.

“We cannot have this kind of relationship in any public institution, especially the Chicago Police Department,” Sigcho-Lopez said.

Alds. Committee chair Chris Taliaferro (29th) and Jeanette Taylor (20th) have signed on as co-sponsors. The motion calls for testimony from Brown and Internal Affairs Chief Yolanda Talley, it also calls for Witzberg and Andrea Kersten, chief administrator of the Civilian Office of Police Accountability, to “appear to provide further context.”

The push for the hearings came after Brown and Talley spoke about the issue before city council members in October, drawing sometimes puzzling responses.

Brown claimed that investigators did not have sufficient evidence to prove that Bakker was “a member of or associated with the Proud Boys or any other hate group.”

He insisted that the 120-day suspension was as far as the department could legally go, although Talley claimed that the officer actually recommended the punishment himself.

Perhaps most notably, Talley claimed that the investigation “would have looked completely different” if the FBI had labeled the Proud Boys as a hate group.

The FBI does not use that label, but investigative records obtained by the Sun-Times show the agency assigned an equally dangerous designation to police departments.

Just a month after Bakker’s investigation began, an email was shared between FBI officials with the police department about “The Proud Boys and their ties to Racially Motivated Violent Extremism (RMVW)” Used to threaten to work.”

“Racially motivated violent extremism involves the use or threat of use of force or violence, in violation of federal law, in furtherance of a political or social agenda that is understood to arise from prejudice, often by race.” Related, held by the actor against others, including a given population group,” explains the email from FBI supervisory intelligence analyst Jeffrey Rauch, who focused on “violent gangs.”

He described the Proud Boys as a “Western anarchist, alt-right group” with members who “identify as white nationalists and use white pride rhetoric.”

Detective Sergio Velazquez, who led the internal Bakker investigation, later wrote to an observer that the document “provided no concrete information” when in fact the Proud Boys were labeled a “racially motivated violent extremist organization”.

By then, the Proud Boys were already a notorious force in American politics.

As a member of the group, Jason Kessler organized the deadly “Unite the Right” rally in Charlottesville, VA in 2017. The group’s former president, Enrique Tarrio, was in attendance for the Proud Boys.

Torrio and four lieutenants now face trial on charges of seditious conspiracy for their alleged role in the January 6, 2021 riot at the US Capitol. A former Proud Boys leader had already pleaded guilty to the same charge in October.

Tischhauser of the Southern Poverty Law Center said the group has “incited street brawls across the country” and is now “engaging in a campaign to harass and demonize LGBTQ people.”

He pointed to the target of a kid-friendly drag show at a bakery in Lake in the Hills last July, allegedly sabotaging business as a Proud Boys affiliate.

Lightfoot has staunchly defended the decision not to fire Bakker. At the same time, his office has stressed that “there is no room in our police department – ​​or any other city department, for that matter – for white supremacists or other extremist ideology.”

But according to Tishauser, there is clearly no policy that “prohibits city employees or CPD officers from active participation in white supremacist or extremist activities.”

Tischhauser noted in his letter that police across the country have avoided any discipline from their association with the Proud Boys, but some federal and state officials have begun to step in.

“We urge you to reconsider the mild discipline of temporary suspension of Officer Bakker,” Tischhauser wrote. “And we urge city officials to adopt prohibitions against active participation in white supremacist or extremist activities that are both clear and understandable and appropriately protective of First Amendment speech rights.”