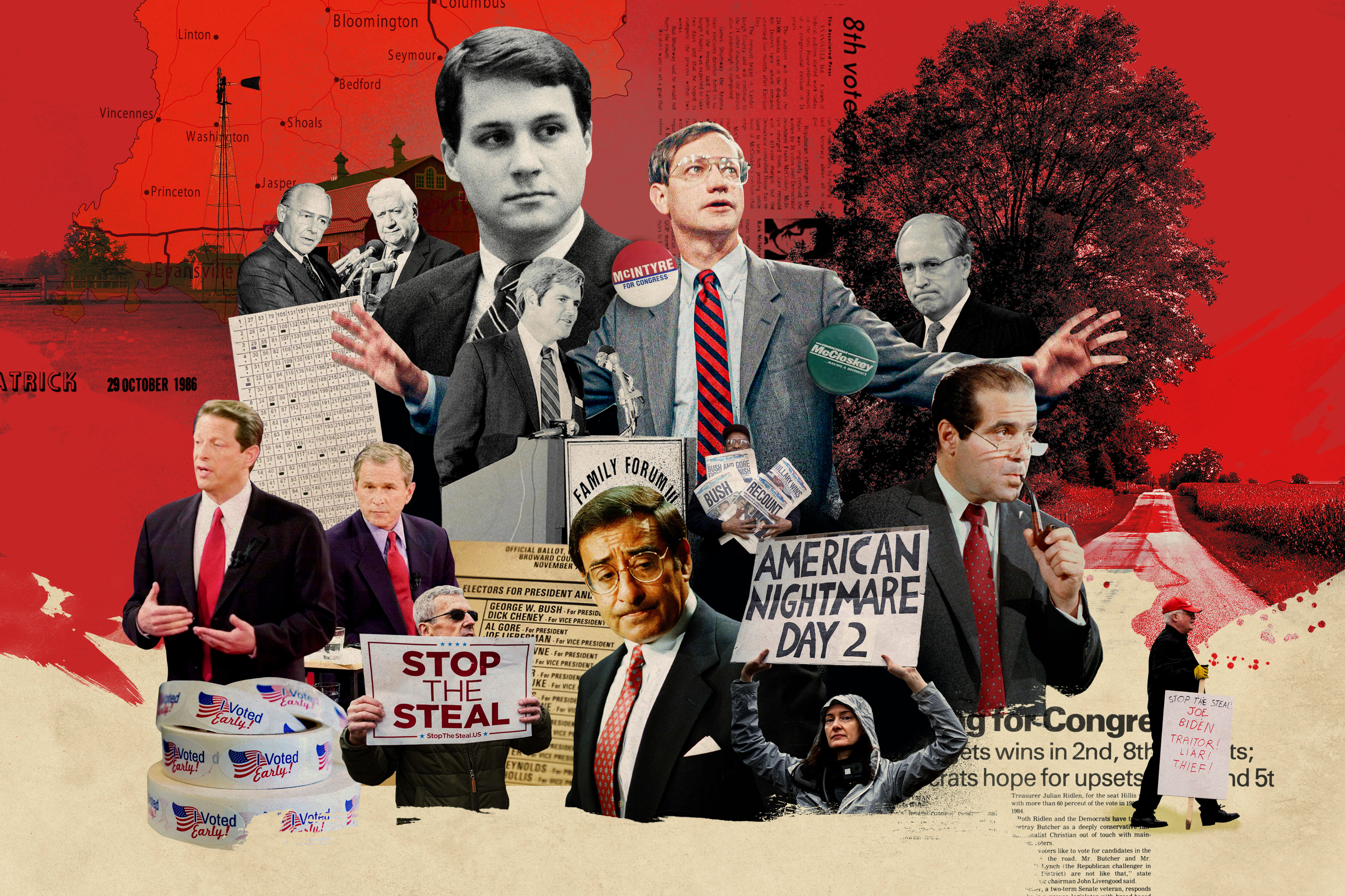 “Coelho asked me to come in,” said Jim Margolis, a former senior adviser to Barack Obama, who was then a twentysomething Democratic operative. “I thought I was going to be gone for two days, and I emerged, like, eight weeks later,” he told me. “I can just see us in these crowded little clerks’ offices, with throngs of people, and the counting going on, and all the dogma.”

“Counting ballots by hand and punch-card ballots is a grueling process,” said Stephen Nix, senior director for Eurasia at the International Republican Institute and then-Midwest field director for the NRCC. “Complete monotony,” he recalled, “and then all of a sudden there’s a questionable ballot and everybody runs to the table and surrounds the table, and all this scrutiny, and all this debate.”

By mid-April, as auditors moved from county to county, the day-to-day updates in newspapers in Evansville read like a neck-and-neck horse race. A headline on April 11 read, “McCloskey leads by three votes.” Papers. “Frank McCloskey and the Democrats in Washington,” the ad read, “are doing more than insulting the people of Indiana—they’re trying to steal an election.”

However, at an intermittently testy public hearing at the Municipal Building in Evansville on April 18, the task force had one final, fateful decision. There were 94 non-notarized, non-attributed absentee ballots from a handful of counties at issue. By law, none of them should have been counted – a point on which all agreed. The trouble was with some of them, as some county clerks had sent 62 of them to the compound, meaning they were among those already numbered. It was too late to take them out. The rub was now 32 remaining. He was appropriately held back by the other clerks. They were not counted.

“These were conducted separately,” Panetta explained at the hearing. “They should not be counted.”

Clay, the other Democrat, agreed. It was “unfortunate”, he said, that the first group had been counted, but to count the second now “would add to an already existing problem.”

Thomas, a Republican, was furious. He accused her of “hypocrisy”. The task force’s standing proposal was to “treat ballots one way or the other,” he said. He said, “I have heard over and over again that the cry is to count all the ballots.” They “should at least be consistent,” he said.

“The reality is,” countered Panetta. “While we say we count all ballots, we make some decisions and we apply some discretion.”

Thomas is becoming more and more frustrated, which is still evident read transcript, asked Shumway for some guidance. But Shumway’s job was to be in charge of counting the ballots—which the task force decided to count. “I’m glad the original decision on this,” he told the trio, “is yours and not mine.”

“Some were sent to campus and some were kept by the clerks. My question is: so what?” Thomas said. “Is there a difference in where they are physically located so that they should be treated completely differently?”

“When they entered the courtyard, they clashed with each other. That’s too bad. But they got fried at the campus level,” Panetta insisted. He called it a “distinguishing feature.”

The task force put it to a vote. Democrats did not ask for a count of 32. Republicans said yes.

And with that, and at the end of this 5-hour, 14-minute hearing, Shumway announced the final count—McCloskey, 116,645; McIntyre, 116,641. difference of four votes. The task force audit made the outcome even closer and less certain.

The accusations and counter-accusations of the Republicans increased even more.

“They have arrogant power and they use it,” Thomas said. “We will not be civilized. We will not treat this as business as usual. We will not hold back from being laggards.” Thomas said she felt as if she had been “raped”. Very strong? “Talk to a Rape Victim,” he will tell Los Angeles Times, “Ask them after it’s over if they can just forget about it. I personally feel humiliated. (Thomas declined to comment.)