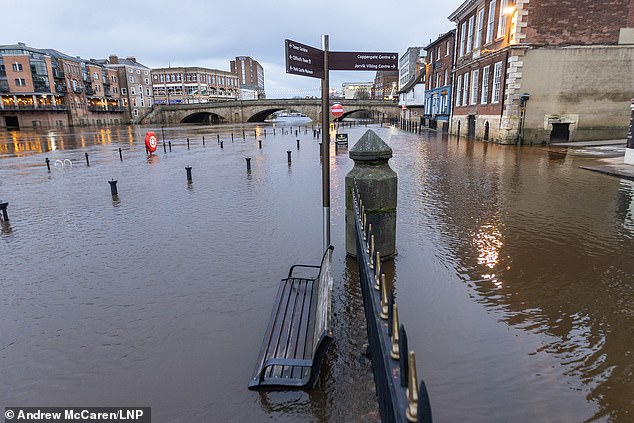 Another wet week! England and Wales face yet more misery after a weekend’s wipeout as forecasters predict more flooding and up to 80mm of rain in yellow weather warnings

By Chloe Lewis for MailOnline

The UK is facing another week of lashing weather after rivers across the country burst their banks today.

Met department forecasters issued a yellow weather warning for rain from 6am to 8pm on Tuesday, saying homes and businesses would be inundated and there would be some power outages.

The warning covers parts of North West England including Manchester as well as areas of North and South Wales.

York: The River Ouse in York city center has breached its banks again this morning 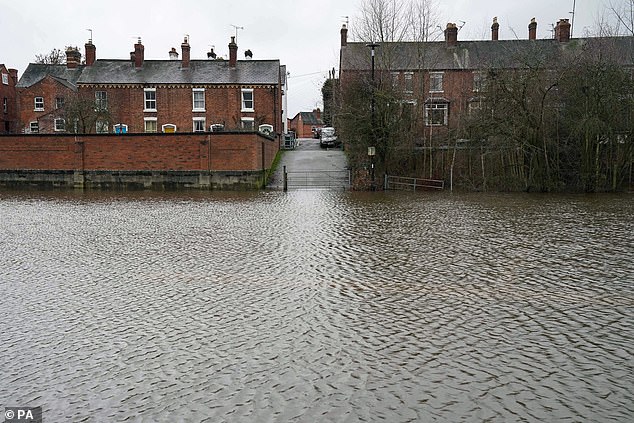 Shrewsbury: A partially submerged Frankwell car park in Shrewsbury which has been closed due to its proximity to the River Severn 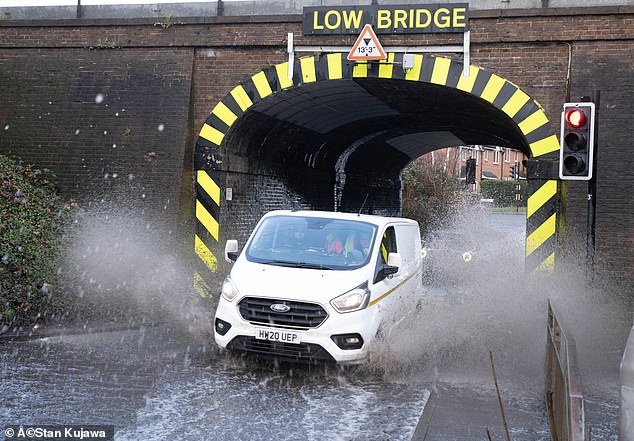 Buckinghamshire: Vehicles under a railway bridge in flood water during the rainy season in Taplow 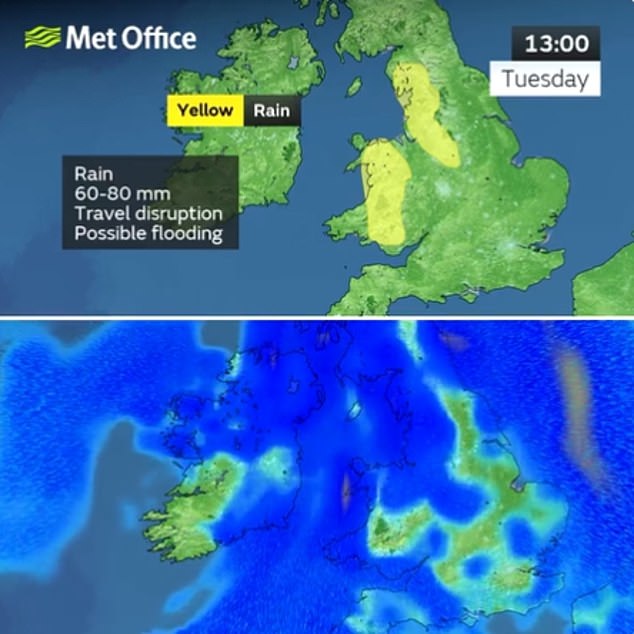 Met department forecasters issued a yellow rain warning from 6 a.m. to 8 p.m. Tuesday, saying homes and businesses would be inundated and there would be some power outages.

The Met Office said: ‘Outbreaks of rain will spread across England and Wales during Tuesday.

‘It will be heaviest and most persistent over parts of north-west England, particularly on higher ground.

The Met Office has also warned that parts of Snowdonia could see up to 100mm of rain on Tuesday.

Forecasters say today’s miserable conditions are due to a ‘heavy thunderstorm’ coming in from the west, accompanied by ‘the odd rumble of thunder at times’.

“Much more to come this afternoon,” forecasters wrote on Twitter.

It comes as the River Ouse breached its banks again in York city center this morning, flooding streets and avenues along the river.

and a partially submerged Frankwell car park was featured in Shrewsbury, which has been closed due to its proximity to the River Severn.