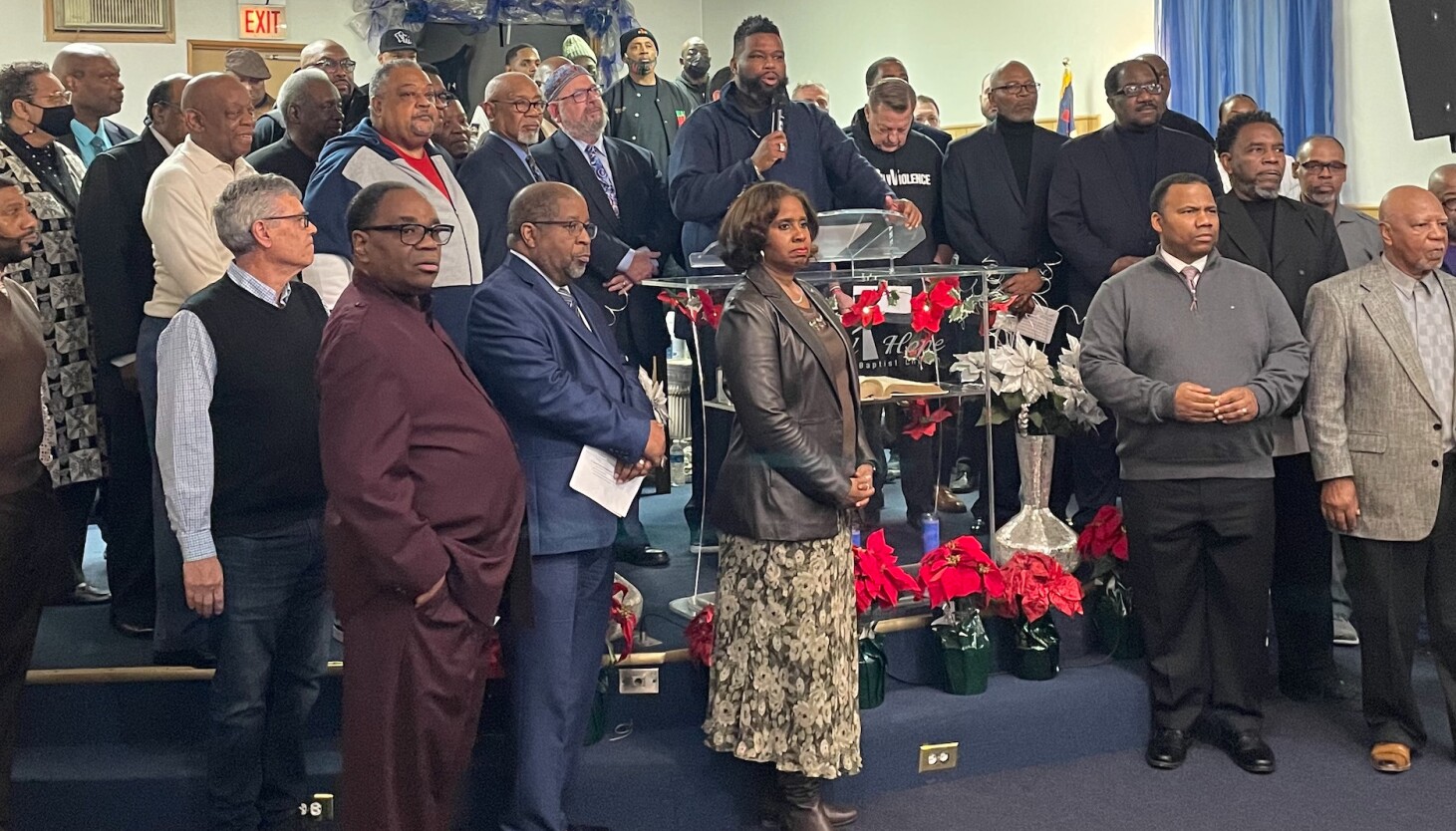 Religious leaders from Chicago to Highland Park are calling on state lawmakers to ban assault weapons and high-capacity magazines.

House Bill 5855 would ban the sale of assault weapons, cap magazines at 10 rounds, raise the minimum age to purchase a gun from 18 to 21, and require existing assault weapon owners to register with the state.

Serota is the rabbi of the Lakeside Congregation of Reform Judaism in Highland Park, a northern suburban July 4th parade at the scene of one of the worst mass shootings, with seven dead and nearly 50 wounded.

The faith leaders urged MPs to shed their fears of big money and the National Rifle Association and pass the bill.

Rev. Michael Pfleger of St. Sabina Church in Chicago said, “Legislators who fail to vote for this ban need to be seen and called out.” “They are co-conspirators in the bloodshed and weapons of war in our state.”

Faith leaders said assault weapons should be outlawed because they serve no other purpose than to kill people Letter MPs were sent on Wednesday.

“We respect the rights of responsible law-abiding gun owners, but these types of weapons do not belong in Illinois,” he said in the letter. “When guns fall into the wrong hands, they don’t just end a life; They destroy the fiber of an entire community.

Wednesday’s news conference and letter were sponsored by Protect Illinois Communities, a nonprofit formed to press for the bill’s passage.

Legislators held a hearing on the bill in mid-December, after critics questioned its cost and constitutionality and supporters recalled the trauma of the year’s mass shootings.

There are enough Democrats in both state chambers to pass the bill without Republican support, but conservative, downstate Democrats have been wary of supporting similar bills in the past.

In 2018, after the Parkland, Florida, school shooting that left 17 dead, Illinois tried to raise the minimum age to purchase an assault weapon to 21. But the bill was vetoed by the then government. Bruce Rauner, who called for the bill to extend the purchase waiting period for all guns to 72 hours and introduce the death penalty for police killers.

In 2005, after a federal ban on assault weapons expired the year before, State Representative Edward Acevedo, D-Chicago, sponsored a Bill To ban 10 rounds on semiautomatic assault weapons, assault weapon attachments, .50-caliber rifles and cap magazines, similar to this year’s bill. But the bill failed by getting only 57 votes out of the required 60 votes.