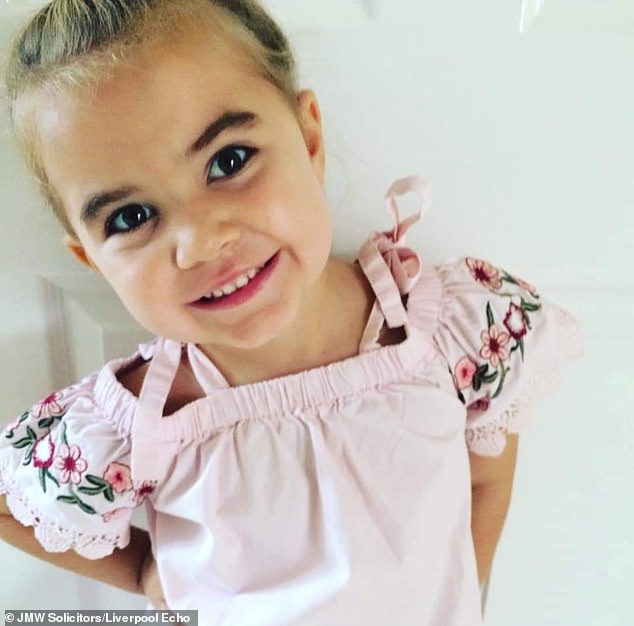 The parents of a ‘caring’ four-year-old girl who ‘loved helping people’ have paid their tributes after she died of sepsis following ‘missed opportunities’ at a number of hospitals.

Eva Hayden was taken to the emergency department at Alder Hey in Liverpool after a fall in January 2020. Despite the best efforts of her father and paramedics to revive her, she died.

Her mum Michelle, 50, said: ‘We remember Eva as a caring little girl and in her short life she just loved helping people. Even in the nursery, when a little girl was struggling to settle down, Eva took her under her wing to the extent that the little girl would only come to the nursery when Eva was there.

‘I know Eva would not want this to happen to another child or family. She was special and we remember her as such, as a special gift to the world for a short period of time.

Little Eva, from Kirkby, first had the infection in her left leg in October 2019, when she was admitted to Ormskirk District General Hospital. She was transferred to Alder Hey and was discharged on 23 October with oral antibiotics.

Eva Hayden (pictured) was taken to the emergency department at Alder Hey in Liverpool after collapsing just weeks after Christmas in January 2020. Despite the best efforts of her father and paramedics to revive her, she died. 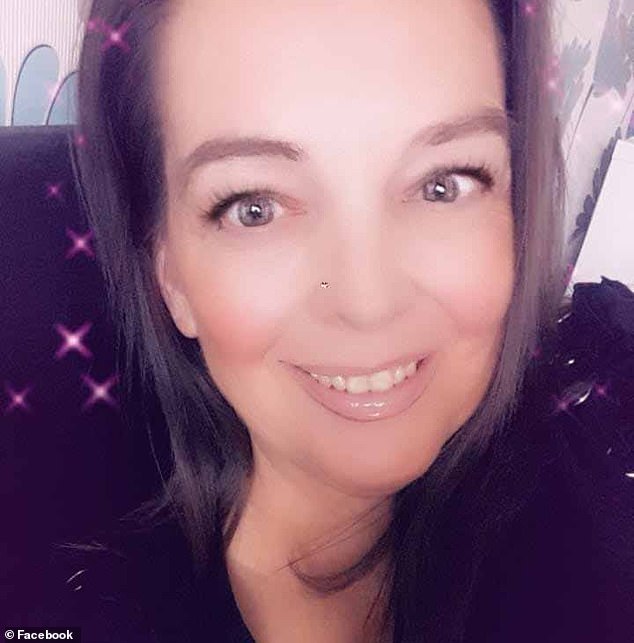 Eva’s mum Michelle (pictured), 50, said: ‘We remember Eva as a caring little girl and in her little life she just loved helping people. Even in the nursery, when a little girl was struggling to settle down, Eva took her under her wing to such an extent that the little girl would only come to the nursery when Eva was there.’

Blood analysis showed she had neutropenia and the young girl had three more tests at Ormskirk Hospital in November, but her blood count was low. His family said that despite this no action was taken and no further investigation was arranged.

But in January of the following year, she fell ill with a fever, and a rash broke out over most of her body, and her legs ached when she walked.

She visited Kirkby walk-in-centre where the family were advised to take her straight to A&E in Alder Hey – however she was discharged with the virus.

On 10 January, her mother Michelle, 50, went to work her night shift as a support worker and Eva’s condition worsened the next morning. Her father Ged was unable to revive her and she was confirmed dead in A&E at around 7am on 11 January.

It was soon discovered that Eve had developed sepsis because her family had not been warned about the risks of the condition she was being investigated for and her daughter’s possible susceptibility to infection.

Two hospital trusts have apologized to Eva’s parents for their ‘poor communication’ after a coroner called for changes to their practices to prevent future deaths.

The official cause of Eva’s death was sepsis and bone marrow hypoplasia. 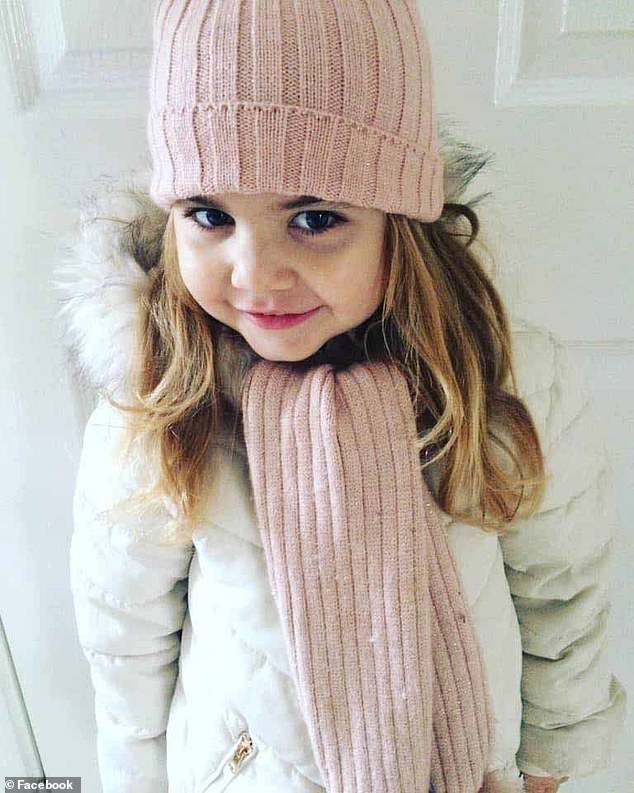 Little Eva (pictured) from Kirkby first developed an infection in her left leg in October 2019, when she was admitted to Ormskirk District General Hospital. He was transferred to Alder Hey and was discharged on October 23 with oral antibiotics

Her mother Michelle said: ‘We feel very disappointed that Eva was lost in the system of the two hospitals looking after her. We only found out about Eva’s neutropenia and how severe it was at the inquest nearly two years after her death, which hit us hard.

‘Had we known, we would have done everything possible to ensure that our little girl received the right treatment.

‘It’s really hard to believe that a doctor didn’t sit us down to discuss this with us and how things could have been so different. We can’t believe how poor the attitude of the hospitals was with such a serious situation.

‘They were so depressed and it never occurred to us that Eva’s health was at risk from this situation. All we want is that a lesson is learned and no other family suffers like us.

Rachel Hayes, a specialist medical solicitor at law firm JMW, who is handling the family’s legal case, said: ‘It is absolutely shocking that a young child with such a serious condition could receive such poor management and care.

‘Eva was a bubbly little girl who loved life and she relied on the hospital staff to keep her safe and make sure she got all the follow up she needed.

‘She easily fell through the cracks but it is completely unacceptable that this has happened in a modern healthcare system which has guidelines and protocols in place that prevent this from happening.’

Both hospital trusts said there had been ‘many failures’ and lessons had been learned.

‘Both hospital trusts made initial admissions of liability in this tragic matter, and we would like to express our deepest sympathies to Eva’s family.

‘The investigation identified a number of failings and both trusts have learned from this disastrous case to avoid making similar mistakes in the future.’

A spokesman for the Southport and Ormskirk Hospitals NHS Trust said: ‘The Trust offers its sincere condolences to Eva’s family for their devastating loss.

‘Following Eva’s death, an immediate and thorough investigation was carried out and an action plan was implemented to ensure that lessons were learned.’

In April 2018, 15-month-old Evie Crandall died of sepsis after being sent home from Whiston Hospital with ibuprofen and Calpol as her parents accused medical staff of ‘letting her down in the worst possible way’ .

Two pediatric nurses who saw Evie described in a finding how she ‘forgot’ to fill out sepsis documentation following her observations and that she had had more training since then.

One questioned whether the child was presenting with symptoms of a possible ‘water infection’, while another acknowledged that he had not filled out the sepsis pathway in his triage form.

Little Evie was sent home and died two days later at Alder Hey Children’s Hospital, where she had been transferred following admission to critical care.

Sepsis is a life-threatening condition that occurs when the body releases chemicals to fight infection.

These chemicals damage the body’s own tissues and organs and can cause shock, organ failure, and death.

If sepsis is not recognized early and not treated promptly, the chances of organ failure and death are high.

Sepsis infects an estimated 55,000 Australians each year, killing between 5,000 and 9,000, making it four times more deadly than the road toll.

Symptoms can resemble gastro or the flu and can rapidly become fatal.

Six key signs of something potentially fatal can be identified by the acronym ‘sepsis’:

Children may also see convulsions or fits, and a rash that doesn’t go away when you press on them – and more than 40 per cent of cases are in children under the age of five.

Anyone who develops these symptoms should seek immediate medical attention – and ask doctors: ‘Could this be sepsis?’

Sepsis is a leading cause of death around 10,000 Australians each year

The early symptoms of sepsis can be easily confused with those of more mild conditions, making it difficult to diagnose.

If not treated early in sepsis, the patient can deteriorate rapidly, so early diagnosis and treatment are important – yet this is rarely the case.

In the early stages, sepsis can be mistaken for a chest infection, the flu, or an upset stomach.

It is most common and dangerous in older adults, pregnant women, children younger than one, people with chronic conditions, or people with weakened immune systems.