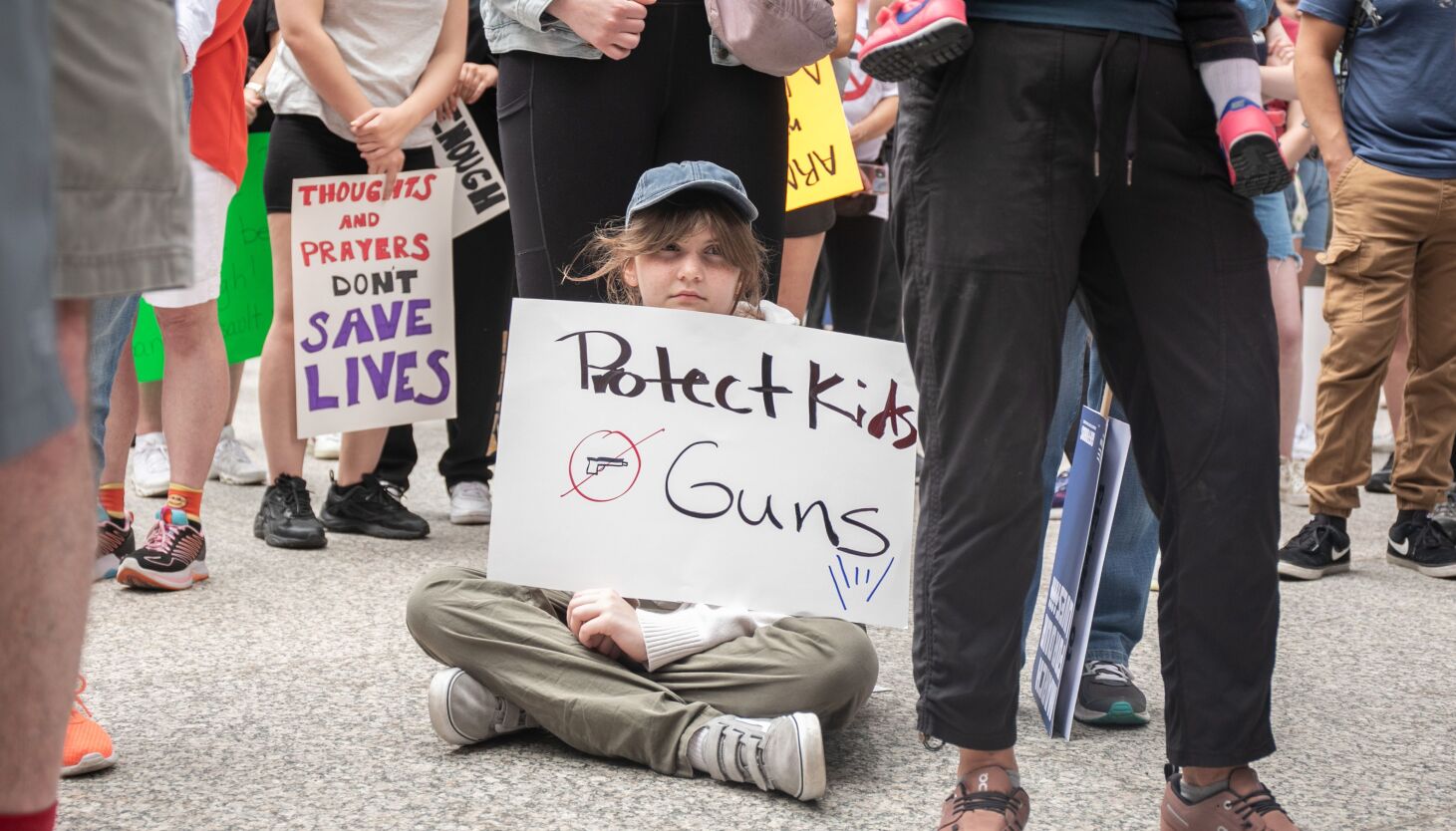 I was 7 years old when I completed my first mass shooting drill. I huddled behind a desk in my dark classroom, ready to stop chattering my teeth. I heard “bang bang bang” when a school police officer knocked on the classroom door and tried to enter our classroom by moving the door handle.

My legs were shaking and my heart was beating so hard that I felt my body vibrate. I knew it was fake, but the trauma of that shooting drill was real. During my schooling in Illinois public schools, I completed more active shooter drills than fire drills, while gun violence increased year after year.

My generation – Generation Z – grew up under the constant threat of gun violence. As we studied our multiplication tables, we also learned how to barricade our classroom doors. As we watched our favorite superhero movies, we analyzed theaters for the closest exits.

Every time I walk into a public place — whether it’s a school, movie theater, grocery store, park, library, restaurant, street corner, and more — a part of me acknowledges the possibility that gun violence will kill me. The world may fall apart. That’s what happened at the Fourth of July parade in Highland Park, a community vigil in Garfield Park, and at the end of the school day at Benito Juárez High School.

Each mass shooting exposes gaps in our nation’s fundamental duty to protect its citizens, especially its youth, from the epidemic of gun violence.

The state legislature has a historic opportunity to really address the epidemic of gun violence in our state through the Protect Illinois Communities Act. I am an organizer of the March for Our Lives, a youth-led gun violence prevention movement, and one of thousands of youth across the state who have been personally affected by gun violence. Over the past few months, I’ve spoken with hundreds of young people in Illinois and across the country who are ready to make a difference. I spoke to Stephanie, who is too young to vote but leads the Students Demand Action chapter. I befriended Jazmin, a high school student who lost her little sister in the Uvalde shooting and has traveled to Washington, D.C., a half-dozen times to lobby for an assault weapons ban. I worked with Peyton, who worked hours every week to shortlist gun safety candidates.

Young people are sick and tired of thoughts and prayers. Our elected officials must act immediately to pass the Protect Illinois Communities Act. The act addresses rising levels of gun violence by raising the minimum age to purchase a firearm to 21, banning assault weapons and high-capacity magazines, increasing the duration of a firearms restraining order from six months to one year, and addressing illegal gun trafficking. Will address

my generation dubbed “school shooting generation“But our youth face threats from firearms that go well beyond mass shootings. Whether it’s suicide, community violence or firearm accidents, the dangers of gun violence to children are widespread and growing.” first time, Gun violence is now the leading cause of death For children in Illinois and across the country. But it shouldn’t be like this. Gen Z expects gun violence, but we refuse to accept it. The Protect Illinois Communities Act will address of all types An important first step is to address gun violence and the safety of young people.

The gun lobby, politicians, and special interests who care more about the safety of guns than children are formidable. But the power of everyday people using our voices to advocate for change, as we did at anti-gun violence rallies this summer, has shown me that we are more than anyone who tries to silence us. are more powerful.

For too long, elected officials recited the empty phrase “thoughts and prayers” after each shooting instead of passing meaningful legislation. Gone are the days of inactivity. The fight to end gun violence is up to all of us, especially young people. That’s why we’ll be in Springfield on January 5 with other advocates and survivors of gun violence to advocate for the Protect Illinois Communities Act.

Every single person deserves to live a life free of gun violence. My generation should be the last in Illinois to have active shooter practice.

Rachel Jacoby is from Highland Park and is an organizer with the March for Our Lives and a graduate student in public policy at the Harvard Kennedy School. She has led several rallies in Highland Park and advocated in Washington, DC and Illinois in support of gun safety legislation.