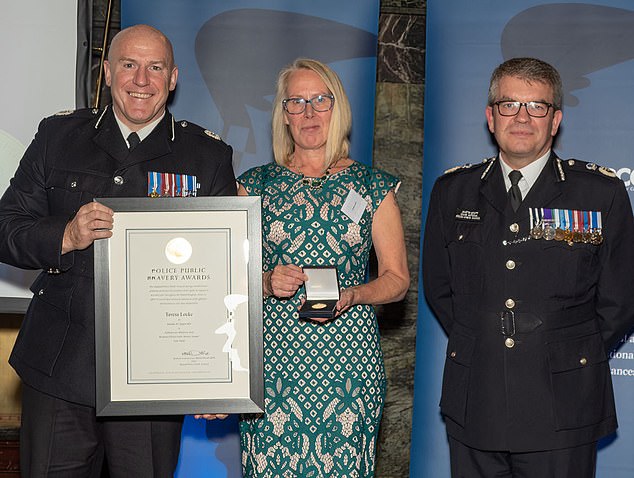 By Miriam Kuyper for MailOnline

A hero who confronted a sexual predator and threw rocks at him as he tried to attack a teenage girl has been presented with an award to recognize his bravery.

Teresa Locke was working at Sapphire Car taxi firm in Maidstone, Kent, in the early hours of the morning when she noticed Oluwasein Oseni, a 16-year-old girl waiting for a cab after a night out with friends, and approached her. got you. him around the waist.

Maidstone Crown Court heard in June Oseni, 33, grabbed his victim by the throat and forcefully threw her face down on the ground before pushing her against some shutters.

The forklift driver from Orpington, Kent, put the teenager in a chokehold and simulated sex with her from behind. 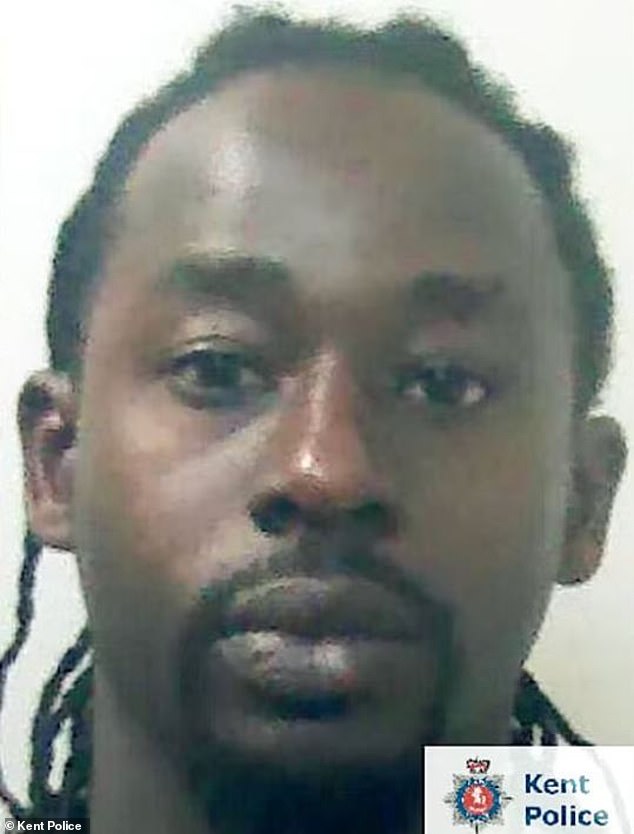 Osenie (pictured), despite punching Ms Locke, continued to intervene and rescue the girl from the assailant. Osenie was subsequently arrested for the assault – which took place on August 21 last year – and was sentenced to three years in prison at Maidstone Crown Court in June this year.

The father of three, who had spent the evening at a nearby nightclub and did not know the girl, swooped in without warning.

The court was told that her desperate cries for help alerted Ms Locke, who attempted to intervene by pulling Oseney by the victim’s hair, but he punched her in the face – breaking her glasses and leaving her with a black eye. left from.

Oseni, who had been stripped to the waist, then dragged the young victim to a car park behind the building where he squeezed her neck tightly as he sexually assaulted her.

Determined to stop the attack, Teresa risks her life by throwing road debris at the attacker before returning to the scene with a security guard.

Between them, they managed to pull him away from the girl and took him to the taxi office, where they locked the door.

The court heard how Oseni approached the front of the building and banged aggressively at the window while his eyes were fixed on the shocked teen, who was left with bruises, cuts and scrapes all over her body before leaving the scene was.

He was subsequently arrested for the assault – which took place on August 21 last year – and sentenced to three years in prison at Maidstone Crown Court in June.

Ms Locke has now been honored for her courage at the National Police Chiefs’ Council Police Public Bravery Awards in Sheffield, South Yorkshire, on 28 November.

The ceremony honored people across the UK who put themselves at risk to stop crime and protect the vulnerable.

The taxi worker was also awarded the Binny Medal, an award in memory of Sir Ralph Binny – a retired naval captain who died trying to prevent an armed robbery – which is presented to the person whose nomination stands above others. is extraordinary.

ACC Pritchard said: ‘It was an absolute privilege to be present to see Teresa recognized for her extraordinary work.

‘While our officers across the county are trained and prepared to deal with such incidents, members of the public are not and it is humbling to see that Kent residents are prepared to risk their own safety for others in the face of adversity Huh.

‘She totally deserves her praise.’