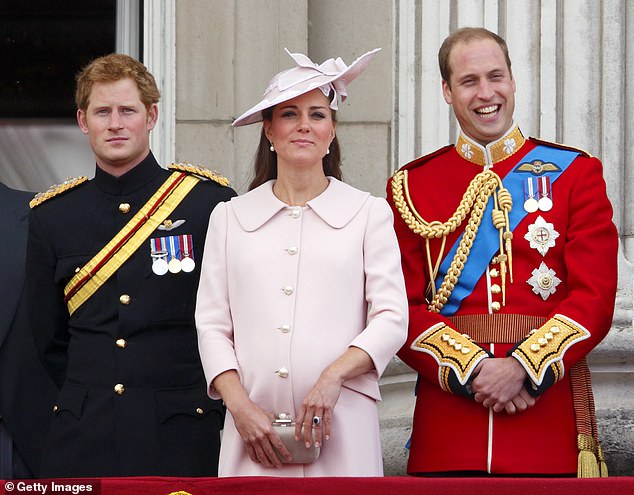 Prince Harry sees the Princess of Wales as the sister he ‘never’ had – but has accused his family of ‘stereotyping’ his wife, Meghan Markle.

The Duke of Sussex was speaking in interview with ITV’s Tom Bradby tonight.

Bradby said Harry saw his brother’s wife as ‘the sister you never had’, adding that the pair have known each other since William and Kate began dating in 2003.

The pair are thought to have gotten on well, having attended her and William’s engagement before Harry met Meghan – although she told Bradby that as long as the events were ‘fun’, he would never Sometimes being a ‘third wheel’ felt ‘a little weird’.

Harry also said Meghan had ‘a lot of stereotypes’ after being introduced to the royal family as she is an ‘American actress, divorcée, biracial’, adding that she too was ‘guilty’ of this.

The ITV interview with Bradby is part of a publicity blitz for his blistering memoir Spare, which is due to be released on Tuesday but was leaked late last week.

Prince Harry sees the Princess of Wales as the sister he ‘never’ had – but has accused his family of ‘stereotyping’ his wife, Meghan Markle. Above: Harry standing next to Kate and her brother on the balcony of Buckingham Palace in 2013

Harry and Bradby joke about how, after introducing Megan to her family, they learned that her family were fans of Suits, the show she starred in during her time as an actress.

But he said it was ‘fair’ to say that, according to Bradby, ‘almost from the start it happens that they don’t move forward.’

Asked why, he said: ‘Many – many different reasons but I – look, as I’ve explained again in great detail, I put a lot of hope into the idea that, you know Well, it’ll be William and Kate and me and whatever.

‘I thought – you know, the four of us would, you know, bring me and William closer together, we could go out and do things together, um, which I did a lot as a third wheel to him. Did something, um, that was fun at times but also, I found it a little weird at times. 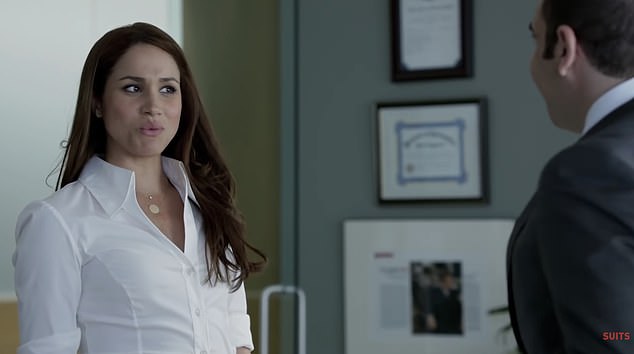 Harry and ITV’s Tom Bradby joked about how, after introducing Meghan to her family, they discovered their family were fans of Suits, the show she starred in as an actress. Above: Meghan in Suit

‘But um yeah, I think – I don’t think they were expecting me to get into – or become – a relationship with someone like Meghan, who has, you know, a very successful career.

He said: ‘There was a lot of stereotyping happening, which I was guilty of, too, in the beginning.’

He said the ‘stereotyping’ was creating a ‘barrier’ for his family, preventing them from ‘welcoming him’.

Asked what she meant, she said: ‘Well, American actress, divorcée, fraternity, there – it’s all different parts and what it could mean but if you are, like a lot of my family people do, if you’ve been reading the press, the British newspapers, [Yeah] There is a tendency as well to live life that you can actually live in a bubble of newspapers rather than the actual reality.’ 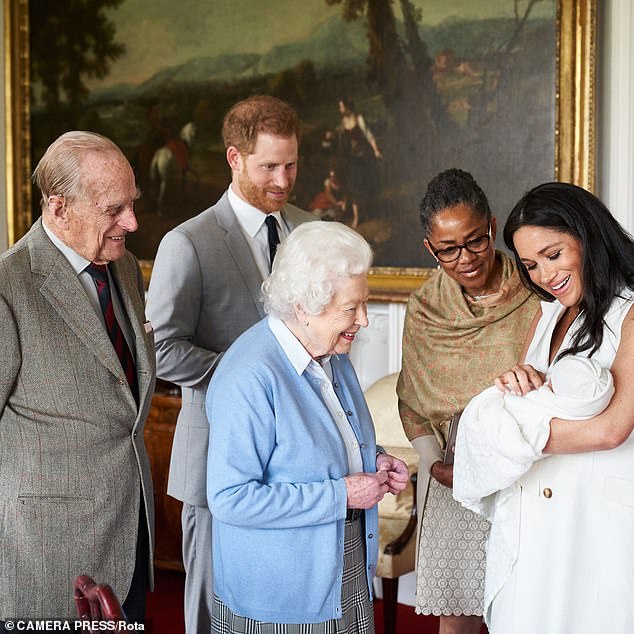 Harry said Meghan had ‘a lot of stereotypes’ after being introduced to the royal family as she is an ‘American actress, divorcée, biracial’, adding that she too was ‘guilty’ of this. Above: Meghan introduces herself and Harry’s newborn son Archie to the Queen, Prince Philip and their mother Doria Ragland in 2019

Meghan was previously married to American TV producer Trevor Engelson for three years from 2011 to 2014.

Prior to meeting Harry, Meghan starred in the American legal drama series Suits in which she played paralegal-turned-lawyer Rachel Zane.

Harry also said the idea of ​​himself, his wife and the Prince and Princess of Wales being a ‘Fab Four’ was ‘created by the British press’ and it ‘creates competition’.

He told Bradby: ‘The idea of ​​the four of us being together was always a hope for me.

‘Before it was Meghan, whatever was going to happen, I was always hopeful that all four of us would get together.

‘And that, when it’s so publicly out there, you can’t hide from it, can you? Especially when within my family you have newspapers in every palace and around the house.’

Harry said his brother William had raised ‘some concerns’ about his marriage to Meghan ahead of their wedding in May 2018.

He said: ‘He never tried to stop me marrying Meghan, but he did point out some concerns very early on, saying ‘this is going to be really hard on you’ and I still really feel that today. Couldn’t figure out what part of what he was talking about.

‘Perhaps he predicted what the reaction of the British press was going to be.’

Harry: The Interview is available to watch on ITVX.

Harry also told in an interview on the day of his mother’s funeral how it was there ‘Absolutely not’ He let his brother walk alone behind the coffin of their mother Princess Diana.

The brothers famously walked with their father and grandfather behind Diana’s coffin on the way to Westminster Abbey on the day of Diana’s funeral in 1997.

‘There’s absolutely no way I’d let him do this to himself.

‘And there’s no way he’s going to let me do that, alone. It was, if it was a role reversal.

Harry also spoke passionately about his memories of the sound of horses ‘strumming suspensions’ as they walked down the Mall, as well as the sounds of ‘gravel underfoot and the cries of crowds’.

But he added that the ‘otherwise complete silence’ will always ‘be with me.’

Harry also said that when he and his brother walked the same route back to Westminster Abbey together last September for the Queen’s funeral, they joked about knowing the route.

But he said that while the Queen had ‘lived a life well lived’ and had ‘respect and recognition for what she accomplished’, Diana was ‘taken away too young.’

‘Just recently me, we, my brother and I were walking the same path, and we joked with each other and said, at least we know the path,’ he said.

‘Um, but otherwise it was very similar. The difference was only in the level of emotions. Because our grandmother had ended her life.

‘I think, was more about a celebration and respect and recognition of what he had accomplished. Whereas our mother was taken away at a very young age.

Earlier in the interview, in a clip shared by ITV before the program aired, Harry revealed he only cried once at his mother’s death. 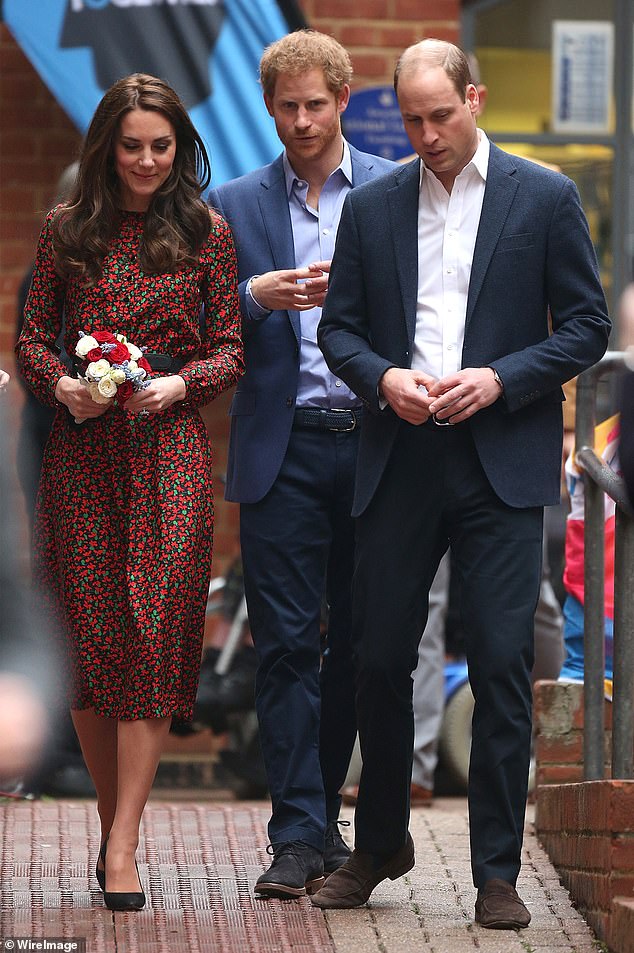 Harry was seen attending an engagement with Kate and her brother William in 2016. 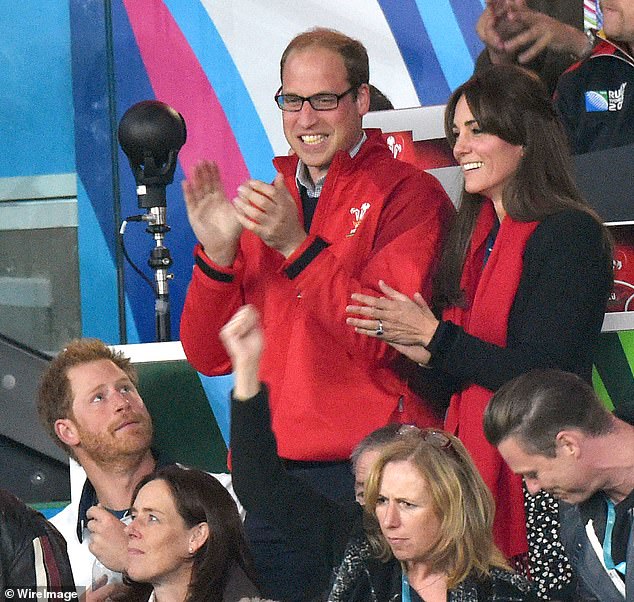 The Duke of Sussex said he felt he was ‘incapable of showing any emotion’ in public following her death in 1997, and only shed tears when she was buried.

The 38-year-old told ITV’s Tom Bradby that he felt ‘somewhat guilty’ as he greeted the crowds gathered outside Kensington Palace to pay their respects to his mother.

King Charles appeared to be in good spirits for the first time since the Duke of Sussex’s memoir was revealed.

Charles smiled as he arrived for a service at Castle Rising Church in Norfolk on Sunday morning and paused to chat with well-wishers.

Harry talks at length about his rift with his family.

The book, which was accidentally released early in Spain, contains a wealth of insight from Harry’s perspective, from accusing his brother of assaulting the Prince of Wales to telling Charles not to marry Camilla.

Where Harry claims William physically assaulted him, he writes: ‘(William) called me another name, then came at me. It all happened so fast. very fast. He grabbed me by the collar, tore off my necklace, and he threw me on the floor. 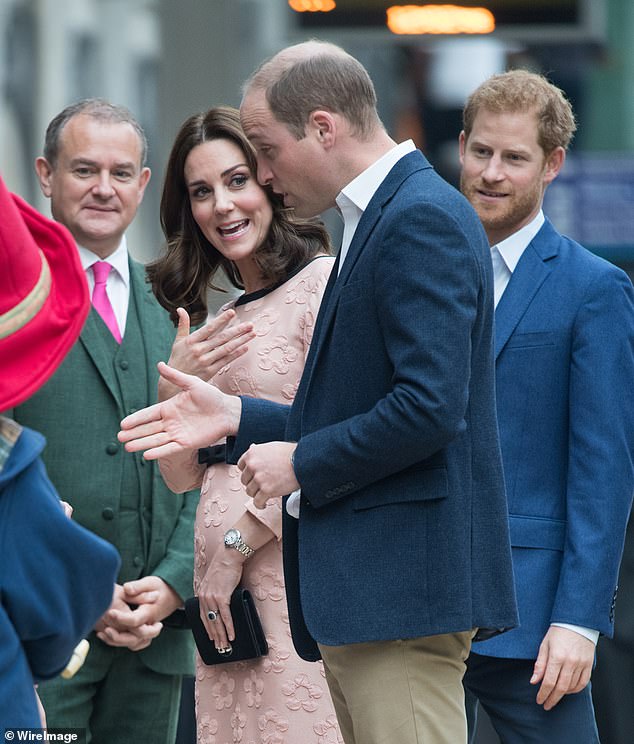 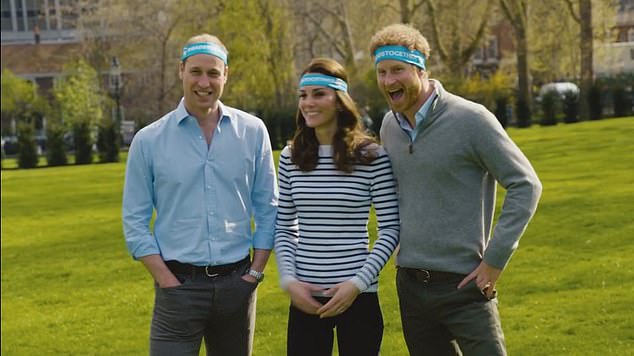 ‘I landed on the dog bowl, which cracked under my back, the pieces cut into me. I lay there for a moment, astonished, then rose to my feet and asked him to get out.’

The Guardian reported that the alleged incident took place at Harry’s then home at Nottingham Cottage after William called his wife Meghan, Duchess of Sussex, ‘difficult’, ‘rude’ and ‘abrasive’.

Harry tells her that he was parroting the press story about his wife, according to reports about the book.

Other revelations include Harry saying that he was not the real best man at William’s wedding, and that Charles was jealous of both the Duchess of Sussex and the Princess of Wales.

He says that, prior to his engagement to Megan, her father brought up the subject of the actress’ career and asked if she planned to continue working after they were married.

When the Duke told Charles he did not believe so, Harry claims his father replied: ‘Well, my dear son, you already know we don’t have any money to spare.’