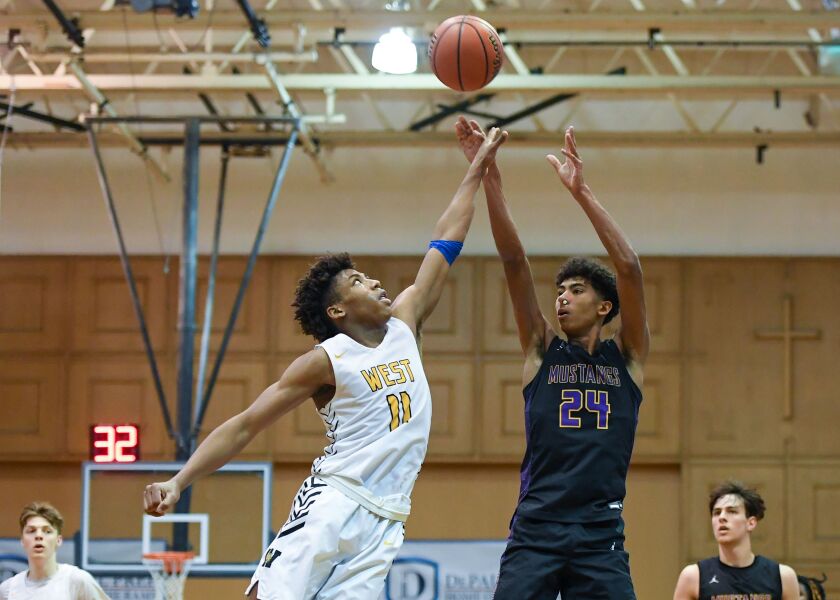 For Jeremy Fears Jr. and Joliet West, it was one that didn’t go away.

Fiers hit a shot into the lane with 3.0 seconds left on Saturday night to lift the No. 8 Tigers over Cam Christie and No. 5 Rolling Meadows, 62-60, in the Steve Pappas Shootout at DePaul Prep.

Fiers finished with a game-high 24 points in a back-and-forth showdown that featured 26 lead changes — 11 in the second quarter alone.

It was the type of game with higher stakes, and against another elite player, that Michigan returned to its hometown from La Lumière (India) to play the state-bound Fears. There have been others this season. The Tigers (15-4) defeated St. Rita early, but could not close the deal against Kenwood, Bennett or Currie.

“We took two tough losses to end Pontiac [Benet and Curie] And we knew we had one more chance to play a great team and come back and get it,” Fiers said. “Everybody was locked out and that’s what we did.”

The Tigers did this by playing what coach Jeremy Kreuger considers a throwback style.

“I got stuck talking to him about Juliet basketball: Roger Powell’s days, Gary Bell’s days, Michael Mines’s days,” Krieger said. “Joliet was known as a hard-working town that was tough and physical.

“In recent years, we have been super-efficient and we have worked very hard. But all I wanted was for them to step onto the field and bring a level of physicality that would startle the opponent from the start or Surprise.

Christie was on the receiving end of some of that physical approach, including a moment in the second quarter.

“I was on my way to a layup and the watch hit my nose,” he said.

Then late in the fourth quarter, the Minnesota-bound Christie drove to the basket, stayed down for a few seconds, went up high and landed hard. He got up and hit one of two free throws to tie the score at 58 with 1:40 left. Baskets by Joliet West’s Justus McNair and Rolling Meadows’ Tsvet Sotirov set the stage for Fears’ game-winner.

The Mustangs had a final shot from half-court, but it was off the mark and Joliet West had the signature win that had been so elusive. Despite those near-misses, there was little doubt in the fears that it would go the Tigers’ way.

He said, ‘I had a lot of faith in myself. “I saw a lot of shots go by and I knew this was my one chance, my one chance to play big for my team. And that’s what I was able to do.”

Christie led Rolling Meadows with 19 points and seven rebounds, while 6-7 Mark Nikolich-Wilson did everything with 16 points, 14 rebounds and five assists. Sotirov had 10 points.

Nikolic-Wilson, who set a tourney-record 77.1% as the Mustangs won the Jack Tosh holiday tournament, continues to provide a potent offensive option to Christie.

“The team can’t depend on me full-time because he’s a really good player,” Christie said. “Once he starts scoring, it overwhelms his defense so I’ll be ready for kick-outs.”