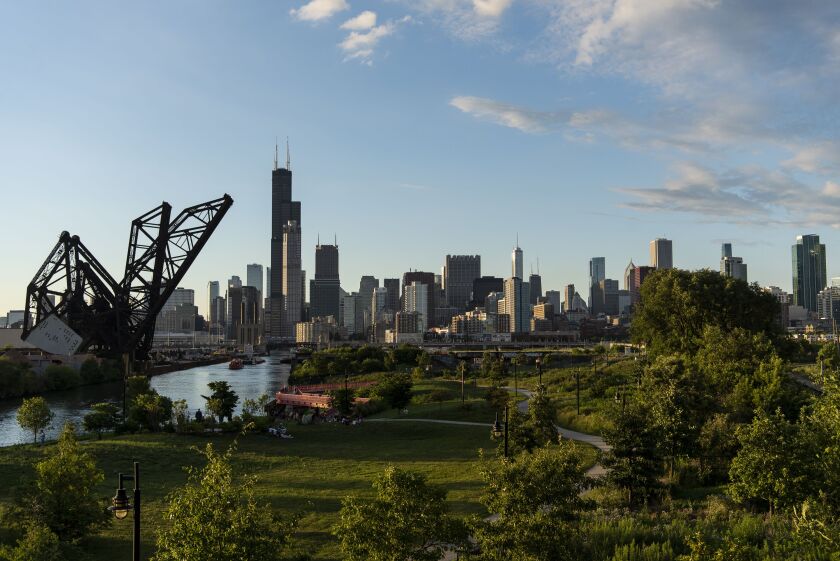 Hello. Here’s the latest news you need to know in Chicago. It’s about a five-minute read that will give you an inside look at today’s biggest stories.

Chicago public schools appear to have widespread problems with the tracking of student truancy, according to an inspector general report released this morning that says some administrators may be hiding the possibility of chronic absenteeism in order to make their schools look better. Used to be.

The report noted that in many cases misrepresenting students who remained absent as missing, dropouts, or outgoing transfers meant that schools did not properly verify the whereabouts of children and readjust them to their classes. Haven’t tried to join. The investigation looked at issues before the pandemic, but when schools closed and, according to some estimates, CPS needed to reconnect with the 100,000 children who were not regularly attending school. This practice went bad.

“The schools have been assigned to provide this information to the district. And at the same time, they are assessed on absenteeism, and they have an incentive to have a low absence rate,” Inspector General Will Fletcher said in an interview. “It calls for better centralized monitoring and oversight of the data coming out of those schools.” does. And so far, we haven’t seen that happen.”

CPS spokeswoman Mary Fergus said in a statement that the district is building a team to improve data reporting around transfers and dropouts and support students and schools on transfer.

The investigation, included in the CPS Office of the Inspector General’s annual report, which details its largest number of cases over the past year, reviewed records from the 2018-19 school year, the last completed before the pandemic. State law and CPS policy require accurate record keeping of any student who leaves school enrollment.

Investigators began with an unnamed elementary school that reported a particularly high rate of transfers, saying administrators there “intentionally miscoded students as transfers or lost children so that these students’ absences could be attributed to the school.” not be against the attendance rate of The report stated that a school culture coordinator and two clerks were routinely removing absent students from enrollment by recording them as transfers. In one school year, 20 children were recorded as transfers but the school had no supporting documentation. The emails showed that in many cases, staff knew the student was actually absent.

Absent students who are mislabeled as transfers are not as likely to receive the support and re-engagement efforts from the district as they would otherwise be.

The investigation found further evidence that these problems are widespread throughout the district and “calls into question the reliability of transfer and dropout data that CPS uses in calculating key metrics such as attendance and graduation rates.” A review of records from 100 schools found 36 that falsely reported to CPS that they had verified a student transfer. In those cases, the schools did not have the necessary records showing that the student had actually transferred to a new school.

That misreporting was originally flagged by CPS officials when the district began auditing schools’ self-reported transfer data in 2018.

Our Nader Issa and WBEZ’s Sarah Karp have more here.

Chicago is looking for its first official Poet Laureate.

The Mayor’s Office in partnership with the Chicago Public Library, the Department of Cultural Affairs and Special Events and the Poetry Foundation announced yesterday the creation of the city’s inaugural Chicago Poet Laureate Program.

The mayor’s office said the poets selected would serve a two-year term and would be given a $50,000 grant to commission new poems and create a public event series, including programs for youth and students.

The poet will also serve as an ambassador for the city’s literary and creative communities.

Enrollment Online submission can be done till January 18, Nominees may be a poet in the written or oral traditions, but must have “at least four published works and/or performances in established publications”. according to the city’s website, which lists other eligibility requirements. Self-nominations will be accepted.

Nominees will be reviewed according to the eligibility criteria, and those who are eligible will be invited to apply.

The winner will be formally appointed in the spring. In April, which is National Poetry Month, winners will present work as part of the Chicago Public Library’s annual poetry festival

Emmanuel Camarillo has more details on the search here.

from the press box

Are you participating in Dry January? Tell us why

Send us an email at Newsletters@suntimes.com and we may feature your answer in the next afternoon’s edition.

Yesterday we asked you: How do you feel about the upcoming mayoral election?

Here’s what some of you said…

“Looking forward to casting my vote for Lori again. I believe she is trying her best. Chicago ain’t easy. No one can stop the crime wave. People have to stop themselves. It doesn’t matter who the mayor is. , kimberly gray

“There are really three candidates I can be happy with. Usually, it’s a choice between the worst and the worst.” , mark mardell

“Not optimistic. We did a poor job electing mayors decades ago. The options for this bicycle don’t excite me. It just seems like something else.” , Howard Moore

“I feel overwhelmed because we are not producing viable political talent in this city. It’s not about Mayor Lightfoot; it’s about the lack of options we have for leadership. A political day in Chicago Used to be a powerhouse. Now, it’s an oligarchy. — zeke razby

“I see a lot of candidates but not really a plan of action. Lots of talk, not a lot of talk. I guess it’s just politics? — bob black

“A little overwhelmed because we just finished the midterm elections and now we’re being thrown into another election.” , Jackie Waldier

Thanks for reading the Chicago Sun-Times Afternoon Edition. Got a story you think we missed? Email us here.