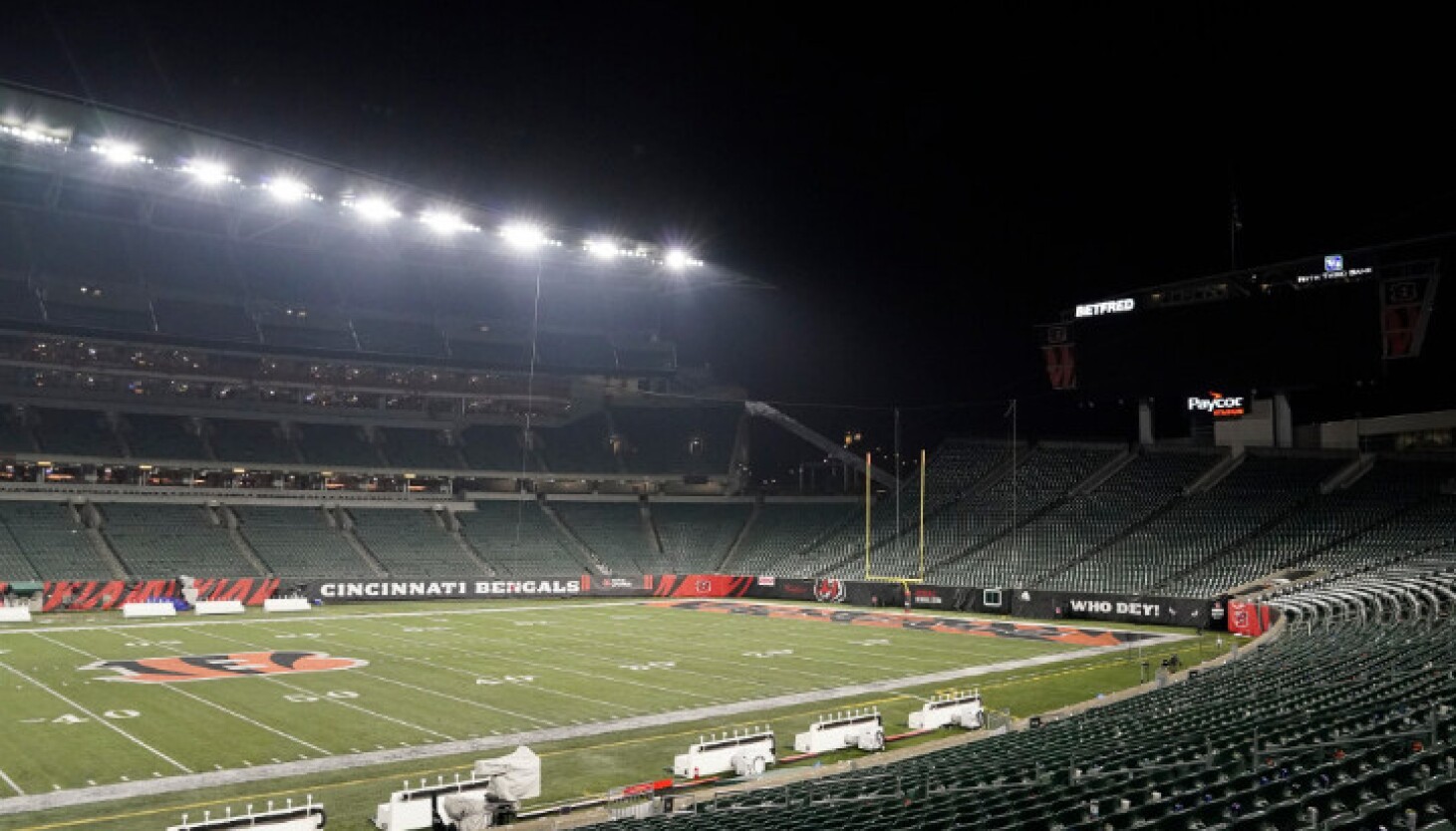 The NFL said Thursday it would not restart the Bills-Bengals game, which was suspended Monday night after Buffalo safety Damar Hamlin collapsed and went into cardiac arrest on the field.

The league stated that some of the factors in its decision included that “not playing the Buffalo-Cincinnati game until its conclusion will have no effect on which clubs qualify for the post-season. and no club will be eliminated based on the result of this game.

In addition, the NFL stated that playing the game between the Bills and Bengals would require the start of the playoffs to be postponed by one week, and would affect all 14 teams that qualified for the season.

The NFL said its decision creates “potential competitive disparities in certain playoff scenarios”. The league said clubs would consider a proposal recommended by the commissioner at a special league meeting on Friday and approved by the competition committee today.

Hamlin has shown what doctors treating him are calling a “remarkable improvement over the past 24 hours,” the team announced Thursday, three days after reviving the 24-year-old on the field.

The Bills–Bengals game had major playoff implications for the AFC. Buffalo (12-3) entered Monday night needing a win to retain the AFC’s No. 1 seed. The Kansas City Chiefs (13-3) now hold that spot. The Bengals (11–4) had a chance to clinch the top seed with two more wins and a loss by the Chiefs.

Scenarios approved by the Competition Committee include a possible neutral site for the AFC Championship Game. The league is considering several sites, including indoor and outdoor stadiums.

The resolution to be submitted to the clubs for voting on Friday is as follows:

The AFC Championship Game would be played at a neutral site if the participating teams played an unequal number of games and could have both been the No. 1 seed and hosted the game had all AFC clubs played a full 17-game regular season.

Those situations include Buffalo or Cincinnati qualifying for the game as the road team. If Buffalo and Kansas City both win or tie this weekend, the Bills-Chiefs AFC title game will be at a neutral site.

If Buffalo and Kansas City both lose and Baltimore wins or ties, the Bills-Chiefs AFC title game will take place at a neutral site.

If Buffalo and Kansas City both lose and Cincinnati wins, the Bills or Bengals will be at a neutral site against Kansas City in the AFC title game.

In addition, if Baltimore beats Cincinnati in Week 18, the Ravens will have two wins over the Bengals, a divisional rival, but will not be able to host a playoff game because Cincinnati has a 16-game schedule longer than Baltimore. will have a higher winning percentage. That would be for a 17-game schedule.

Therefore, if Baltimore beats Cincinnati and if those two clubs are scheduled to play a wild-card game against each other, the site for that game will be determined by a coin toss.

However, if the Bengals win this weekend or if Baltimore and Cincinnati are not scheduled to play each other in the wild-card round, the game sites will be determined by regular scheduling procedures.

NFL commissioner Roger Goodell said, “As we consider the football schedule, our principles are to limit disruption to the league and minimize competitive disparities.” “I recognize that there is no perfect solution. The proposal we are asking ownership to consider, however, addresses the most important potential equitable issues created by the difficult, but necessary, decision not to play the game in these extraordinary circumstances.” addresses.