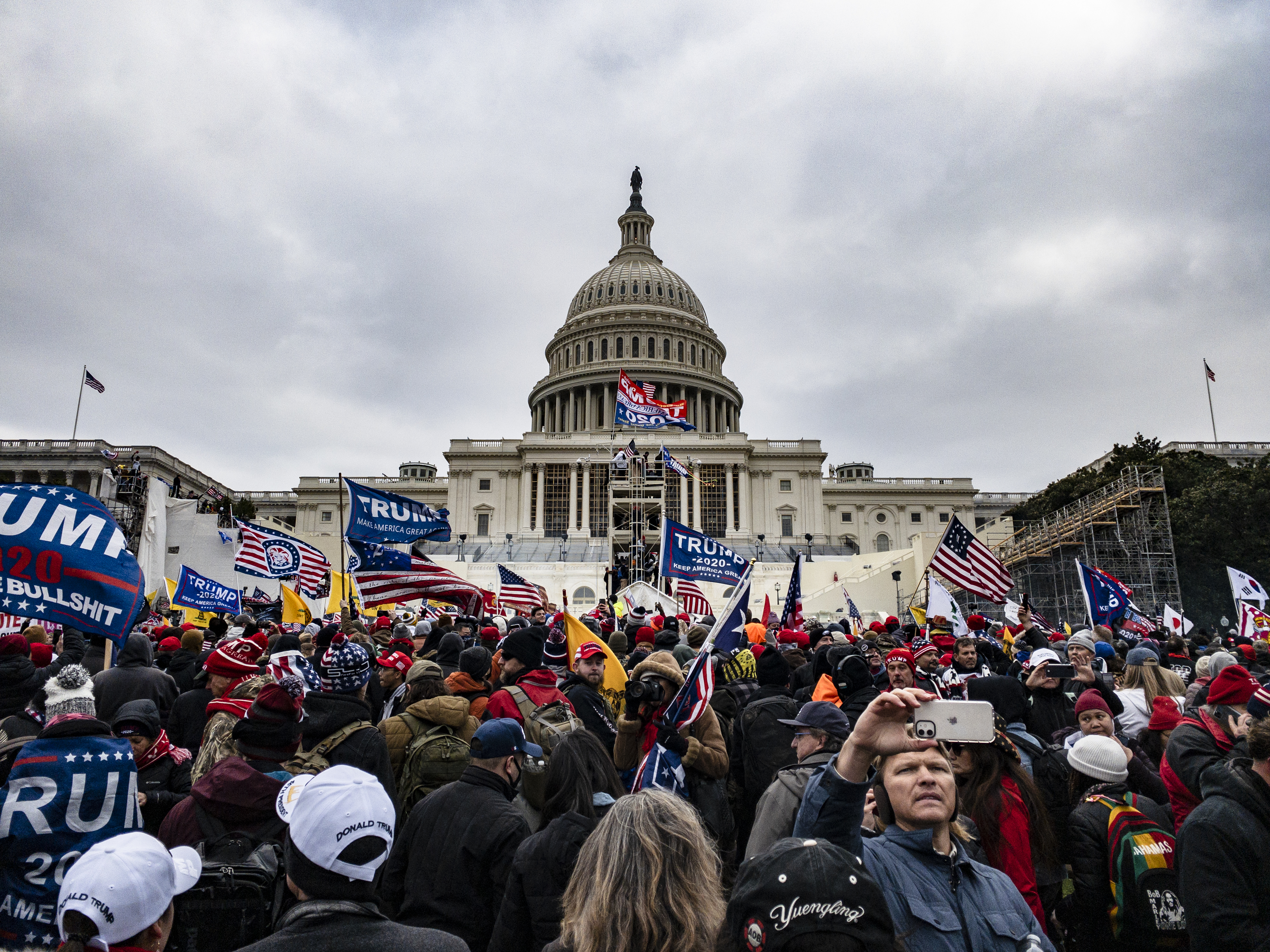 On the day of the Capitol riot, I inspected the Fusion Intelligence Center for the District of Columbia, which is tasked with the collection, analysis, and dissemination of threat intelligence to local government. I testified for the committee on three separate occasions. And it is clear that the report does not fully reference or analyze the critical security issues and failures that occurred.

“Prior to January 6, it was unthinkable” that a violent mob would attack the Capitol on the orders of the president, the report said. This is the critical flaw in the Aadhaar Committee’s argument. The events of January 6 represent the most telegraphed and predictable attack on the motherland in history.

The intelligence community knew the target of the rioters. As a senior intelligence official in the DC government, my staff and I formed a “red team” just as it unfolded a week before January 6th. The potential for danger prompted us to raise red flags. We convened an emergency conference for the 79 state and local “fusion” intelligence centers in the country—an act without historical precedent.

The committee’s report estimated that going forward, “the best defense against [the danger to the Capitol] Not from law enforcement, but from an informed and active citizenry. It’s poetic at best, misleading at worst. The thoughts and actions of those who incite or seek violence cannot be controlled, especially when they use the First Amendment as a shield. The “best defense” against that threat is a physical defense posture informed by intelligence and directed by competent leaders.

The report weighs in at over 800 pages. However, security and intelligence issues have been limited to a mere 44 pages in the annexures, which is about 5 percent of the report. Those attachments read like a script for a Netflix series, detailing behind-the-scenes discussions, deliberations, and decisions (or non-decisions) by key players. What is lacking is an analysis of what should have happened and who was responsible for the massive security failure that day. The absence of any such conclusive analysis leaves ample room for conspiracy theorists to string together disparate facts and weave elaborate but believable lies.

Only two of the 11 recommendations in the report pertain to homeland security, and they are low-hanging fruit and do not get to the heart of nationwide security issues. The report calls for a “whole of government” approach to countering violent extremism. Most Americans would be surprised that this is not happening in a post-9/11 world, yet the committee does not direct any major agency or official to lead the effort. It is essentially a spoken recommendation on the air.

The second recommendation is one I made to the committee, to realize that no major federal agencies were coordinating or planning (or prepared to do so) around the events of January 6th. The Security Special Program (NSSE) will rectify the command-and-control vacuum that we experienced during that time. A third recommendation for better oversight of the Capitol Police is a good one, yet it doesn’t quite move the needle on making ordinary citizens or state and local governments safer within their domestic jurisdictions.

There is much more that can be done. The recommendations I made to the committee last year are relevant today:

“There is no credible or specific threat” was one I heard at least 40 times as of January 6th. Additionally, the concept of “law enforcement sensitive” (LES) information constrains information-sharing between agencies and the committee recommends a “whole-of-government” approach. At all levels of government, law enforcement agencies are linked either legally or structurally with other law enforcement agencies or with agencies engaged in emergency preparedness, response, and aftermath management (such as fire, EMS, emergency management, and homeland security). Sharing information about ongoing threats is prohibited. agencies). These two issues combined create a patchwork of formal and informal information networks that may function on “clear sky” days but fail during crises.

Created in the wake of the terrorist attacks of September 11, 2001, the Fusion Center network serves as the central information and intelligence hub for their respective states and jurisdictions. Their cooperation and coordination was one of the few bright spots in January 2021. And yet many of these centers are short staffed. They should be mandated to share information and intelligence with various agencies including cities, states and the federal government, which they are currently not obligated to do.

It is the only National Guard unit that cannot be activated by the chief executive of the jurisdiction. Mobilization of the DC Guard is a complex and bureaucratic process that was apparently not well understood by many key stakeholders. Short of granting DC full statehood, the mayor has to do what his counterparts across the country can do without asking permission from the Pentagon: Call in his citizen troops to defend the district.

The report states that “relevant oversight committees and watchdogs should continue to seek efficiencies and improvements” without naming those committees or watchdog groups, nor providing more concrete guidance. Congress needs to assure that necessary reforms have been made, and do so in an apolitical and bipartisan manner. Politicization of intelligence and law enforcement is a major threat to the motherland and must be avoided at all costs.

Since 9/11, the United States has spent billions building up a massive homeland security and domestic intelligence apparatus. In light of January 6th, the return on that investment seems questionable.

The January 6 Committee undeniably played a historic and difficult role. Its members and witnesses faced political and security threats. It was in this atmosphere that the committee collected and analyzed an unprecedented amount of testimony and documents. While the gaps in the committee’s report are not a reflection of a lack of effort by members or staff, they do mark a clear need for continued oversight and reforms in our homeland security system. Two years after the deadly assault on our democracy, we are no closer to fixing the systemic processes and cultures that turned an obscure and mundane day on the election calendar into a colossal failure of government to be immortalized in the history books.