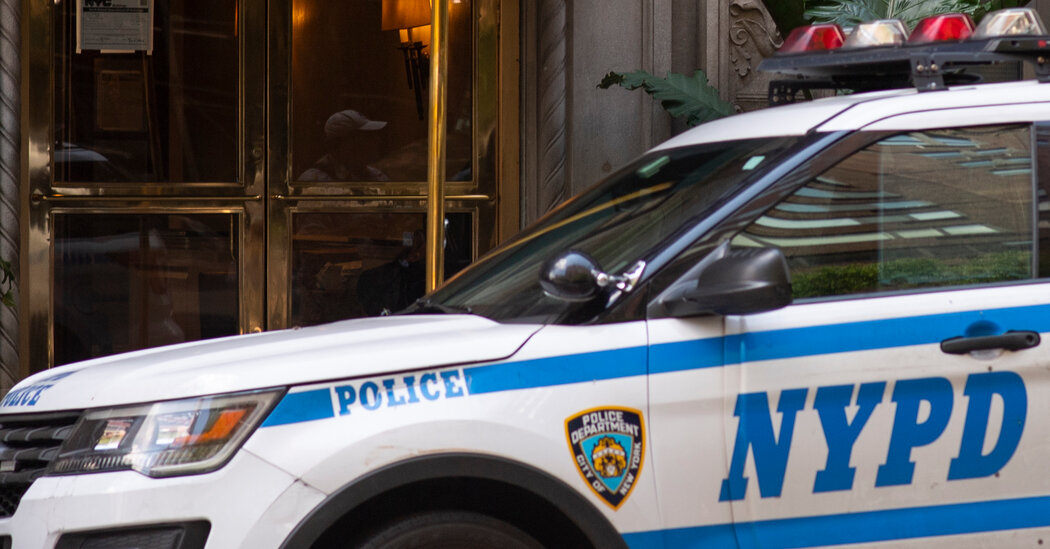 During a clash between several officers and at least a dozen youths near Staten Island Middle School on Tuesday, a video appeared to show a police officer repeatedly striking a youth over the head with a closed fist, before he was was suspended.

Mayor Eric Adams, who addressed the incident during an unrelated event on Wednesday news conference In Brooklyn, he said he first learned about the controversy Tuesday night when he saw the eight-second video Video Clip on social media.

“I was not pleased with what I saw,” Mr. Adams said at the news conference. He said he spoke to Police Commissioner Keechant Sewell on Tuesday night, who said the officer has been suspended with immediate effect.

His reprimand appeared to be a departure from his response last year when a video emerged showing a detective pinning a woman to the ground during a scuffle as her boyfriend was arrested. Then, Mr. Adams was quick to defend the detective, prompting criticism.

Mr. Adams, a former police captain, often praises the police department. During the news conference, he said that New Yorkers trust the police, and that Tuesday’s events “are not going to end the relationship the people of this city have with the men and women of the New York City Police Department.”

Mr Adams said the incident happened after a girl was attacked by two youths, who appeared to be teenagers, on Tuesday afternoon when officers were confronted by the group.

The exact reason for the moments captured in the video is unclear, including how much time elapsed between the initial attack on the girl and the altercation between the police and the youth. But the clip shows officers and the group shouting as they approach a commercial block about 350 yards from IS 51 Edwin Markham near a small park along Port Richmond Avenue.

As they proceed along the sidewalk, an officer is seen leaning over and pushing a young person who appears to be a teenage girl, while another officer tries to grab her, the video showed. His head is down and hands are raised to drive them away.

The first officer then takes his right fist and strikes the young man on the head as other children raise their mobile phones to capture the incident. Two youths are seen trying to pull the young man back as the officer continues to strike.

“He’s killing her?” A person is saying on the video. The other person yells, “You can’t do that!”

The officer appears to strike the young man at least six times with a closed fist before the clip ends.

An officer, who has not been named, was suspended pending an internal investigation into the incident, according to a police department Announcement on Twitter. Mr Adams said police would look at body camera footage and videos posted on social media.

The police department did not respond to questions Wednesday regarding details of the incident, including which officer was suspended or whether it was without pay.

Lynch said, “The police officers involved are entitled to due process, not summary judgment based on a few seconds of video.”

A spokeswoman for the city’s Department of Education said Wednesday that the agency cannot disclose personal information about the students, and declined to comment on whether the young people in the video participated in IS 51 Edwin Markham.

Kamilla Hanks, a city council member who represents the district where the brawl took place, wrote on twitter The skirmish happened soon after the school drop-off. He said he has asked the police department to investigate.

“I am encouraged by the NYPD’s prompt and appropriate response to this matter,” she wrote. “Let me be clear – violence against our children is unacceptable, it will not be tolerated.”