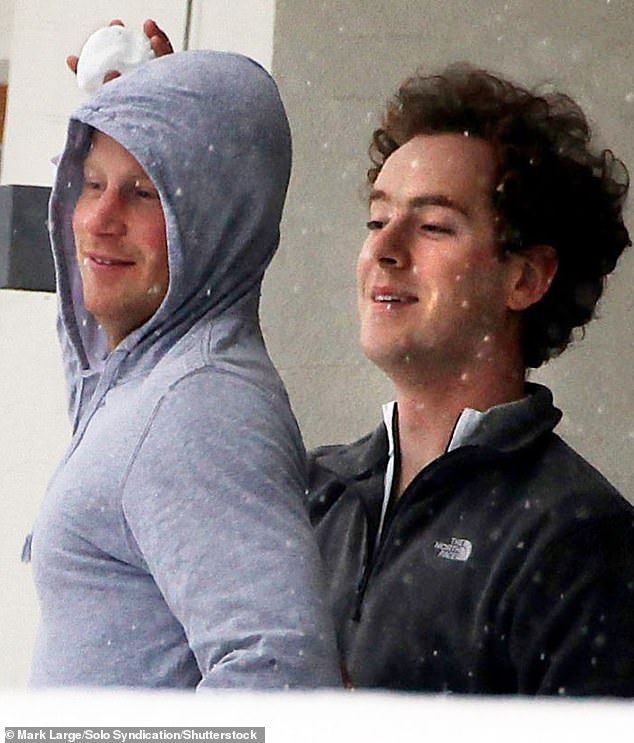 By Elizabeth Haigh for MailOnline

‘Feminist’ Prince Harry was previously ‘disrespectful’ to women, a source close to the duke has told a Swiss skiing trip with the royal in which Harry spent a night with a British woman eight years his junior .

A former friend of Prince Harry – who now describes himself as a feminist since his marriage to Meghan – said he made lewd comments about young women and allegedly assaulted a 19-year-old during a wild holiday. asked to sign a non-disclosure agreement, Sun Report.

During a trip to Verbier in 2011 with upper-fortunate friends including Guy Paley and Tom Inskip, he visited a branch of Paley’s nightclub Public in the Swiss Alps.

The source claimed Harry, 27, made a dirty joke about a shot glass in relation to a 19-year-old at the venue, who was shown balancing glasses and drinks on skis.

It is not the first time the prince has been linked with young women on skiing trips in the Alps, with previous photographs from 2005 showing him in a dressing gown on a hotel balcony with an unidentified woman. 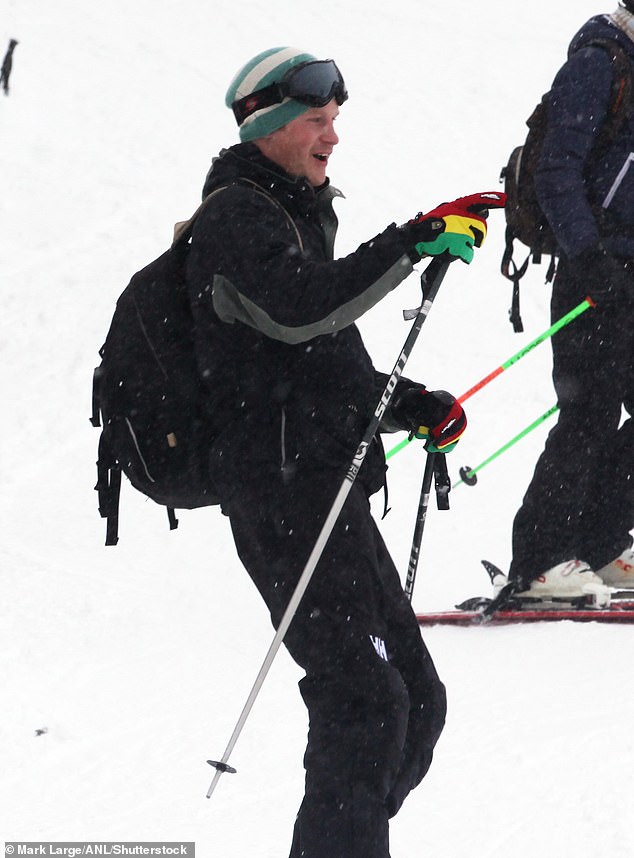 They said: ‘It seemed as if he was used to being a fully paid member of the royal family doing what he wanted.

‘Girls, free drinks and VIP treatment it felt like.

‘His behavior now seems odd with him moaning about being a prince and how he was ‘caged’ on Netflix and in his book – and saying he is a feminist.

It was also alleged that Prince Harry disappeared during the night with the teen, who returned with him to his privy Newey Hotel.

The girl was described as ‘attractive and posh’, and the source claims that the prince asked her to sign a non-disclosure agreement to stop speaking about the encounter.

The woman’s identity is unknown, but The Sun reported on Sunday that she has been featured in Tatler magazine and is now to be married.

In a separate incident, a source revealed that Prince Harry had allegedly invited a young, ‘working class’ woman, aged around 21, to a shooting weekend at Balmoral. 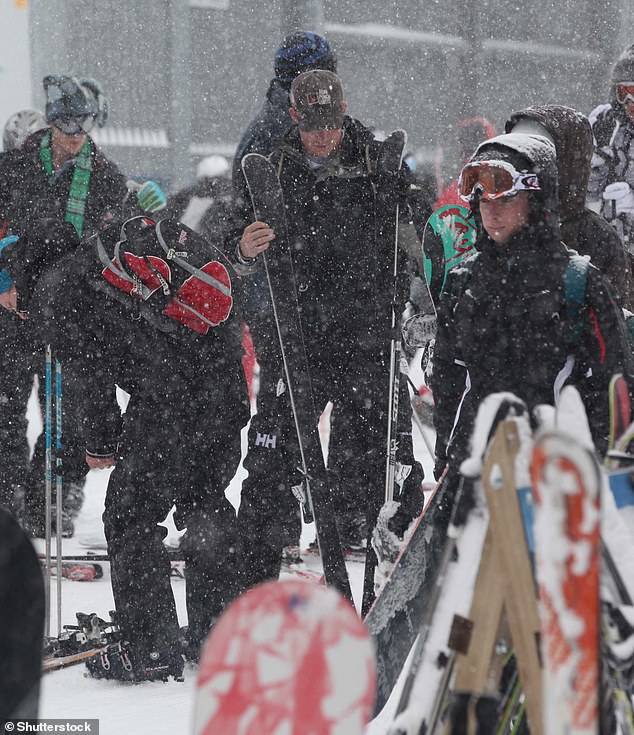 The Duke of Sussex (centre, skiing in 2011), has admitted he was probably a ‘bigot’ before meeting Meghan Markle 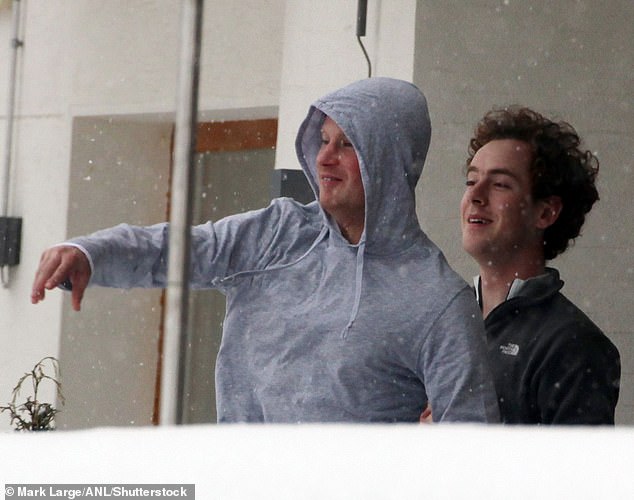 The young woman denied anything romantic happened to the prince, but the source said he later criticized her and ‘made fun of her tone’.

Prince Harry has repeatedly referred to himself as a feminist in recent years and admitted in an interview to promote his book that he was probably a ‘bigot’ before meeting his wife Meghan.

The Duke of Sussex, 38, sat down with TV anchor Anderson Cooper for CBS News’ 60 Minutes in a new interview to be released on Sunday.

‘I went into this incredibly naive,’ Harry told Cooper. ‘I didn’t know the British press were so fanatical. Hell, I was probably hardcore before the relationship with Meghan.’

Asked by Cooper to confirm whether he was sane before meeting Meghan, Harry replied: ‘I don’t know. Put it this way, I didn’t see what I see now.’

At the time, Meghan described her reaction as ‘guttler’ and said they talked about it at length as a couple.

Representatives for Prince Harry have been contacted for comment.