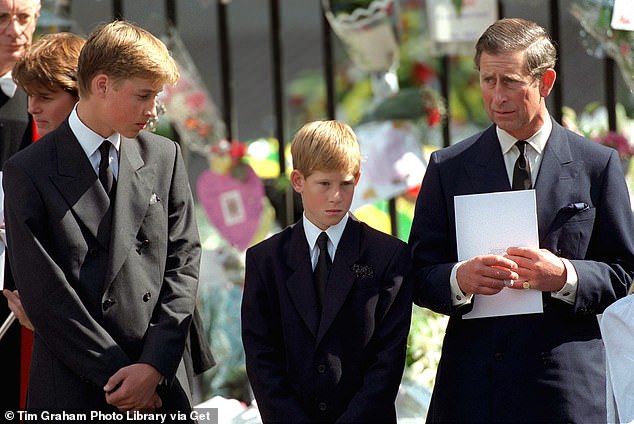 Prince Harry ‘cried once’ over Diana’s death: Duke reveals he broke down in tears at mum’s burial and felt ‘guilt’ at mourners outside Kensington Palace during ITV interview with Tom Bradby

By Matthew Lodge for MailOnline

Prince Harry has revealed that he only cried once at the death of his mother, Princess Diana.

The Duke of Sussex said he felt he was ‘incapable of showing any emotion’ in public following her death in 1997, and only shed tears when she was buried.

The 38-year-old told ITV’s Tom Bradby that he felt ‘somewhat guilty’ as he greeted the crowds gathered outside Kensington Palace to pay their respects to his mother.

He made the claim as part of an interview with Mr. Bradby during a publicity blitz for his bombshell memoir, Spare, which was leaked before the weekend. 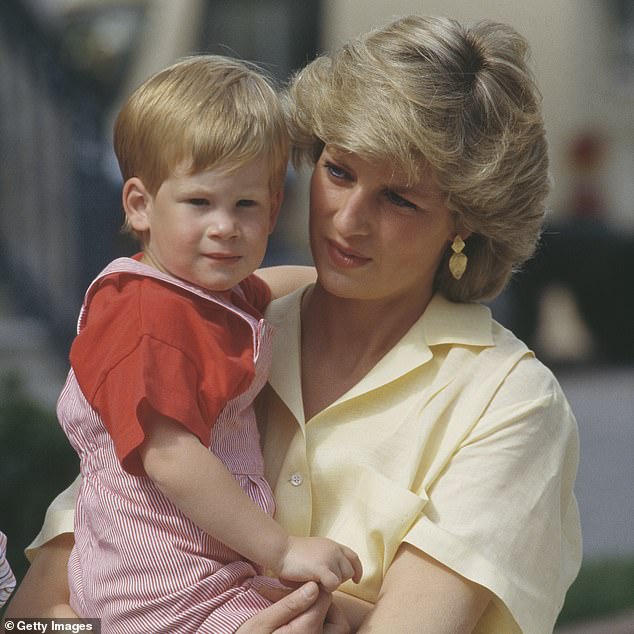 Harry, pictured with his mother in Spain in 1987, told ITV’s Tom Bradby he only cried once over Diana’s death

In a clip for the interview, which will air on ITV1 tonight at 9pm, the prince said: ‘I once cried at a funeral, and you know I go into detail [in Spare] It was so awkward walking outside Kensington Palace and there was actually some guilt that I felt, and I think William felt too.

‘Our mother had 50,000 bouquets of flowers and there we were, shaking hands with people, smiling…

‘And the wet hands we were shaking, we couldn’t understand why their hands were wet, but it was all the tears they were wiping.’

He said that everyone knows where he was or what he was doing the night my mother died.

‘Everyone thought and felt that they knew our mother, and the two people closest to her, the two people she loved the most, were unable to show any emotion in that moment,’ he said.

Harry speaks often about the loss of his mother in his new memoir, which was released early last week in Spain.

In the book he writes of how his father, then the Prince of Wales, made him sit on a bed before breaking the news.

She said Prince Charles had called her ‘my dear son’ before telling her he was unlikely to survive the head injuries suffered in the crash in Paris in the early hours of August 31, 1997.

He wrote: ‘What I remember with astonishing clarity is that I didn’t cry. not a tear. My father did not hug me.