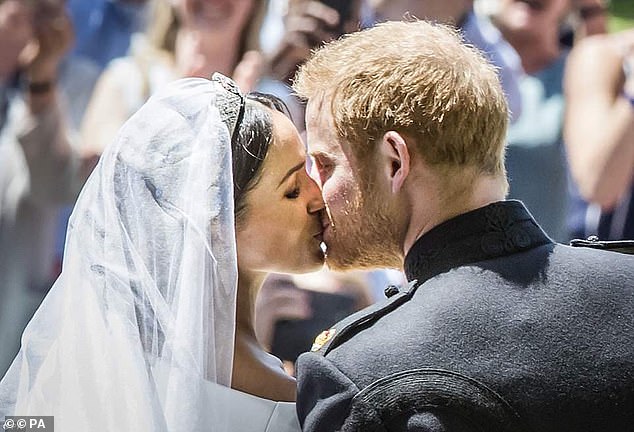 The Duke of Sussex claimed in his memoir that there were fights in the weeks leading up to Harry’s wedding to Prince William.

They also clashed over whether he could keep his beard.

Discussions about the venue and date also became a cause of concern in the Palace.

Harry suggests he and Meghan wanted to elope ‘barefoot to Botswana’ for ceremony, saying: ‘We wanted to get married quickly. But the Palace could not choose a date. or a venue.

In his book Spare, Harry said: ‘We wanted to get married soon. But the Palace could not choose a date. or a venue

After returning from an ‘engagement tour’ for which Meghan and Harry traveled to four home countries, she said she discussed plans with her brother William.

Harry told William that he and Meghan were looking for a wonderful place in London.

Describing the exchange, he writes: ‘I told him we were thinking of Westminster Abbey.’

‘not good. We did it there.

‘Very grand. Plus Pa and Mummy did it there.

Hmm. Yes. Nice talk. He suggested Tetbury. I sniffed Tetbury? Chapel near Highgrove? Seriously, Willie? How many people sit in that place?’ 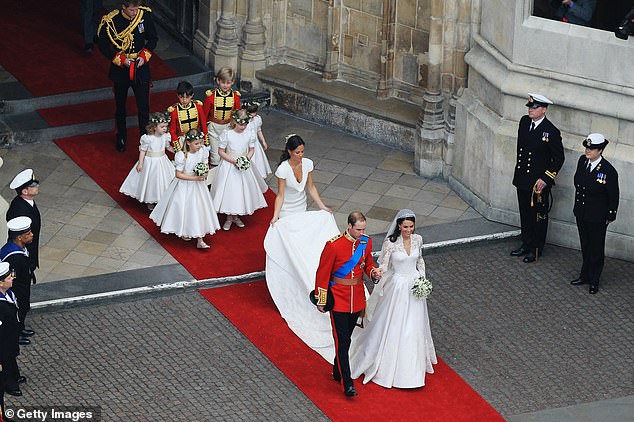 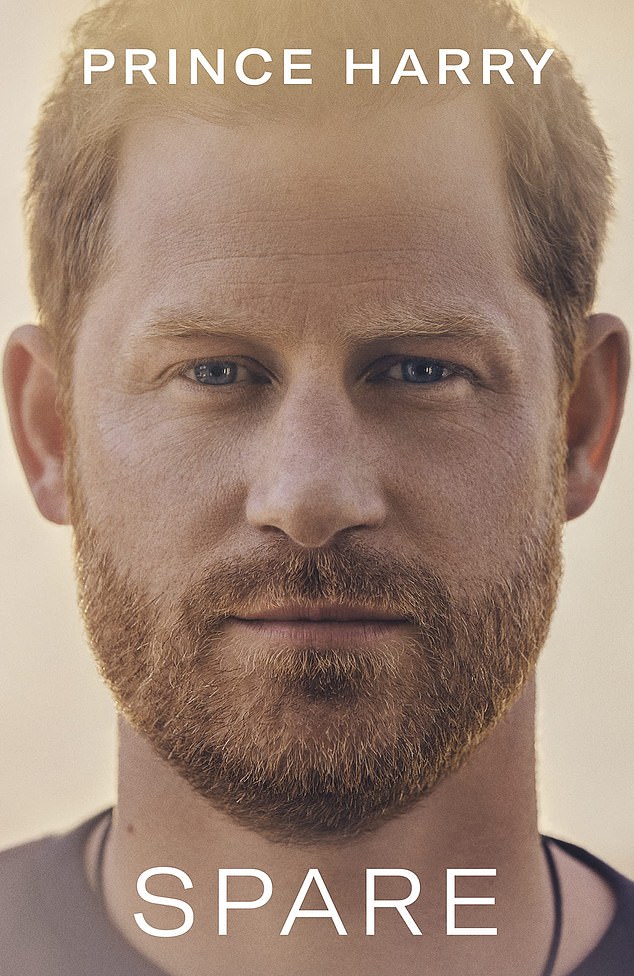 ‘Isn’t that what you said you wanted – a small, quiet wedding?’

Harry claims he and Meghan really wanted to escape the UK altogether, saying: ‘Really we wanted to run away. Barefoot in Botswana, maybe with a friend caretaker, that was our dream. But we hoped to share this moment with other people. It was not up to us.

Palace insiders, however, have dismissed the claims, saying that decisions surrounding the wedding, including which family members to invite, were down to the couple.

In his book Harry continues: ‘They eventually granted our request for the location – St George’s Chapel.’

‘After all the stress of asking Grandma’s permission to marry Meg, I thought I’d never get up the courage to ask her for anything else.

‘And yet I now dare to ask one more – Grandma, please, may I keep my beard for my wedding? 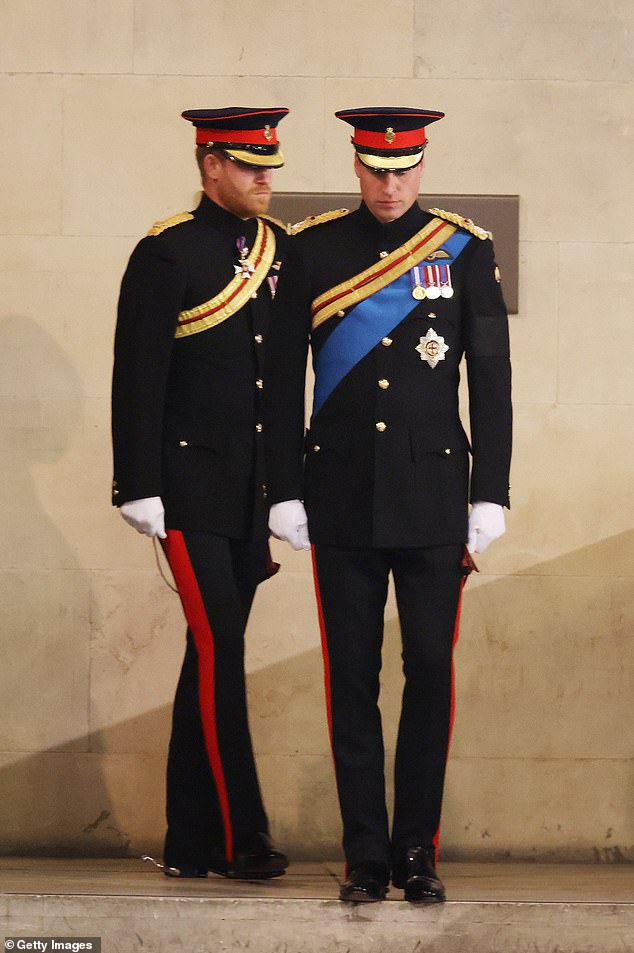 William became ‘furious’ when Harry said he had already been given permission by his grandmother to have facial hair for the event, it is claimed

‘Not even a small ask. Sporting a beard was considered by some to be a clear breach of protocol and long-standing norms, especially since I was getting married in my army uniform. Keeping beard was prohibited in the British Army.

In the memoir penned by Pulitzer Prize-winning author JR Mohringer, Harry philosophized about whether his beard was ‘Freudian – beard as security blanket’ or ‘Jungian – beard as mask’.

Regardless, he says the beard made him feel ‘cool’ and Rani understood.

‘Yes,’ he said, ‘you can keep your beard. But then I explained it to my brother and he was… flummoxed?

‘Not a job done,’ he said. military regulations, etc.’

Harry said he gave his older brother ‘a quick history lesson’ with the help of Google – showing William images of royal ancestors who were bearded and in uniform, such as Edward VII and George V. 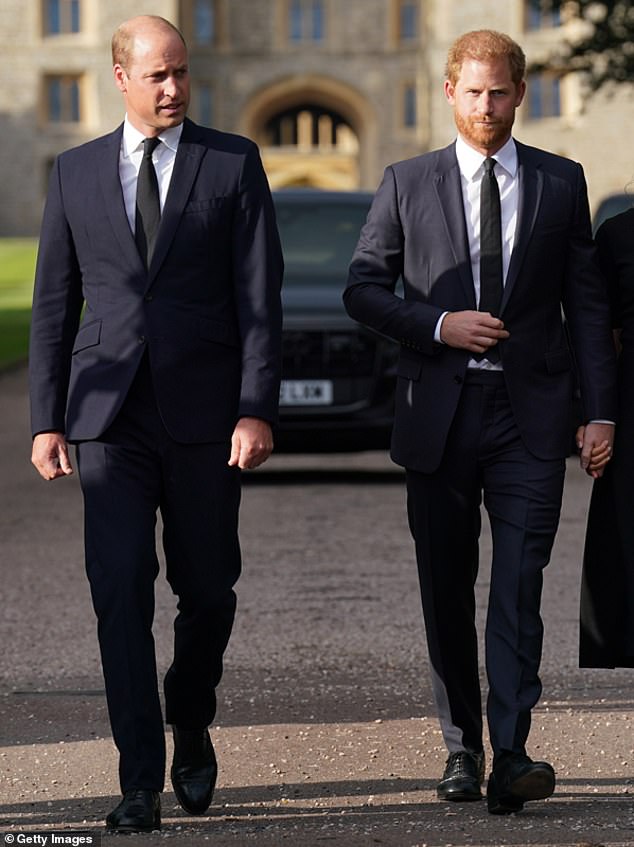 Harry says William ‘won’t let it go’ and that the debate over facial hair continued ‘in person, on the phone, for over a week’.

William was ‘furious’ when Harry said his grandmother had already given him permission to keep facial hair.

Harry reports that his brother says: ‘Harold, you’ve put him in an uncomfortable position! He had no choice but to say yes.’

Harry says William ‘won’t let it go’ and the argument continued ‘in person, on the phone, for over a week’.

This culminated, according to Harry, when William ordered him to shave off his beard.

Harry says he replied: ‘For the love of God, Willie, why does this matter so much to you?’

‘Because I wasn’t allowed to keep my beard.’

Harry concluded: ‘Ah, there he was. After coming back from an assignment with the Special Forces, Willie sported a full beard, and someone told him to be a good boy, run along and shave. He hated the idea of ​​enjoying the perquisites I had given him.’