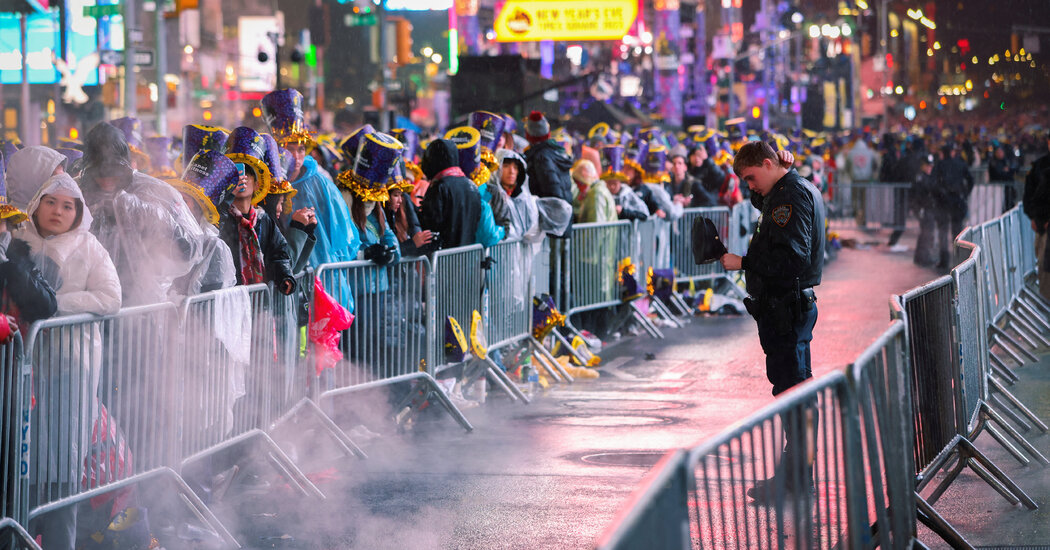 Mr. Bickford, 19, was charged with attempted first-degree murder and attempted assault by the Manhattan district attorney’s office. The attack happened just after 10 p.m. on Saturday just north of Times Square.

Mr. Bickford, a Maine resident who converted to Islam within the past year and a half, said “Allahu Akbar” before striking an officer over the head with a long knife known as a kukri, according to court documents. He then charged at another officer, dropping the knife in the process, and unsuccessfully grabbed at the officer’s gun before being apprehended.

One of the prosecutors, Lucy Nicholls, said Mr Bickford had previously wanted to travel internationally, but had changed his mind, and had come to New York to commit the murder.

Mr. Bickford told the officers that all government officials set targets for them, because “they cannot be proper Muslims because the United States government supports Israel.” He said he considers all men of military age a target.

One of the officers, Paul Cozzolino, suffered a fractured skull but was released from the hospital, as were the other two who were attacked. One of those officers, Michael Hanna, shot Mr Bickford, who attended his virtual court appearance on Wednesday from hospital. The judge ordered him to be held without bail.

A spokeswoman for the Legal Aid Society, which is representing Mr Bickford, said the teenager had no criminal record and was accused by prosecutors of “almost remaining in NYPD custody despite a well-established court requirement”. After staying for four days, the production takes place within 24 hours of the arrest.

“After a thorough review and investigation, we will have more to say about this matter,” the statement said. “For now, we ask the public to refrain from jumping to conclusions and to respect the privacy of our client’s family.”

A senior law enforcement official said on Monday that Mr Bickford could face terrorism charges, but that was not among the offenses he was charged with on Wednesday. A spokeswoman for the US attorney’s office in Manhattan declined to say whether Mr. Bickford would face federal terrorism charges. If found guilty of the murder charge, he could face a mandatory life sentence.