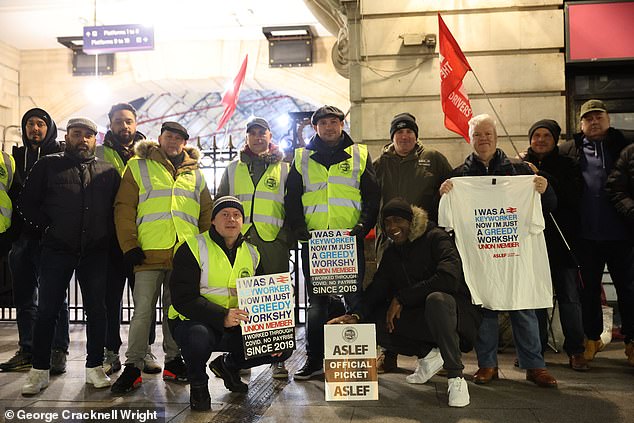 It is Groundhog Day once again for commuters as commuters face more travel disruption due to a train drivers’ strike, which has been dubbed ‘Trouble Thursday’.

A walkout by Aslef members at 15 rail companies in a long-running dispute over pay has disrupted services, with some areas running no trains for the day.

The action follows a 48-hour strike by members of the Rail, Maritime and Transport Union, which caused widespread disruption across the country on Tuesday and Wednesday.

The latest wave of industrial action comes as reports suggest the prime minister could announce legislation as soon as Thursday to enforce minimum service levels during the strike. 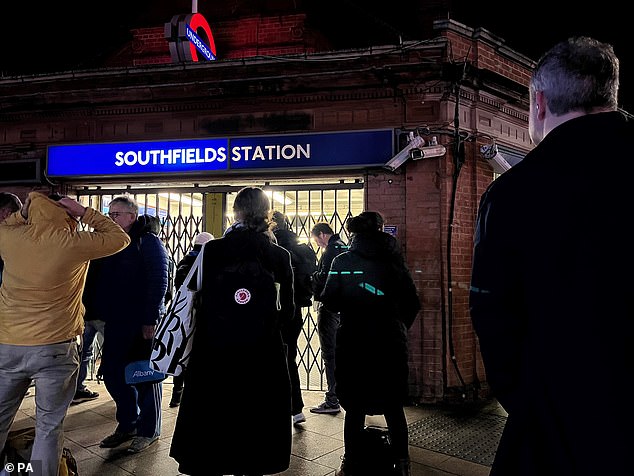 Commuters wait outside closed gates at the entrance to Southfields underground station in south London for the first train of the day as transport services are affected during a national rail strike by train drivers from the Aslef Union. 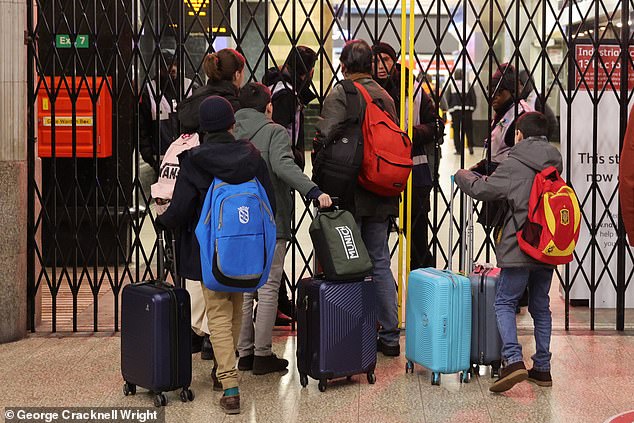 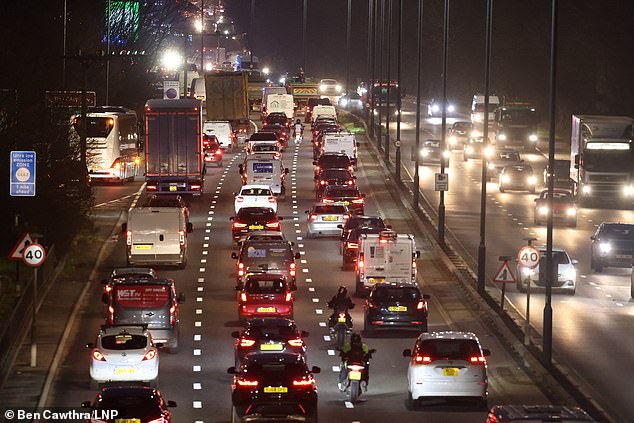 Heavy traffic on the A40 in Perivale, west London, on the third day of four days of rail strike action this week

The Times newspaper reported that Rishi Sunak is considering measures that could allow employers to sue trade unions and sack workers.

However, according to the paper, a significant pay hike for public sector employees is also reportedly under consideration as a means of ending the strike.

The RMT is observing another 48-hour strike from Friday in its bitter dispute over jobs, pay and conditions. 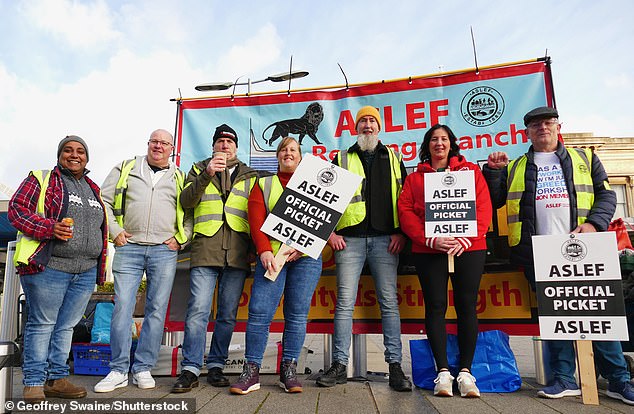 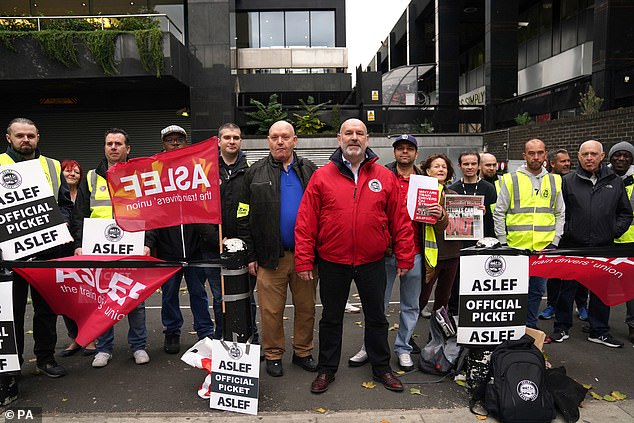 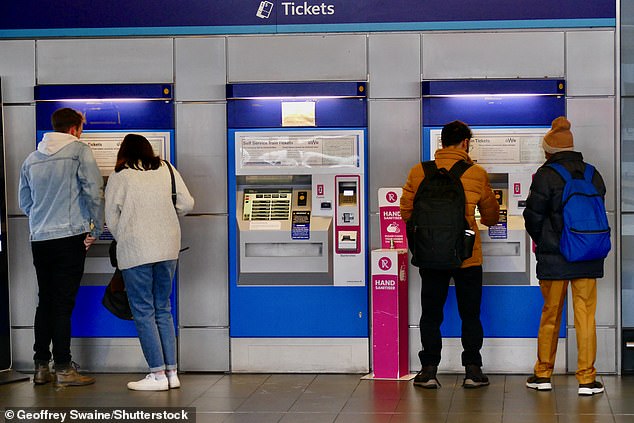 On the second day of the new year, there was a rail strike of passengers at Reading station. 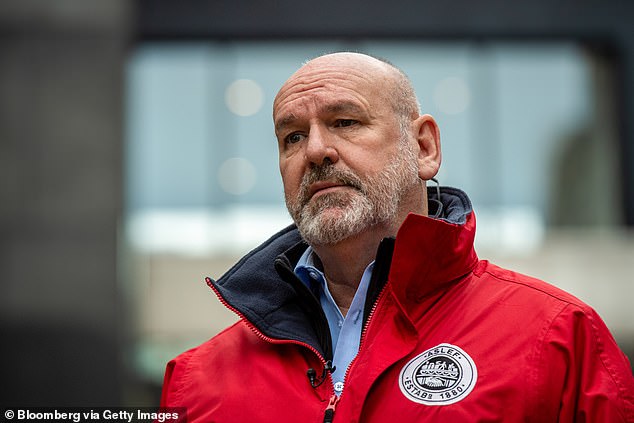 Aslef general secretary Mick Whelan said it was ‘inevitable’ that unless there was a breakthrough in the long-running row, more attacks would be carried out.

Asleaf general secretary Mick Whelan said it was “inevitable” that more attacks would continue until the standoff was broken.

He warned strikes could escalate, saying train drivers wanted to go ‘hard and fast’ after years of not getting a pay rise.

Mr Whelan said he felt the rail employers and the government were ‘playing games’ rather than making any serious effort to resolve the pay dispute.

‘The situation is getting worse and my members now want to work harder and faster because of the lack of progress. 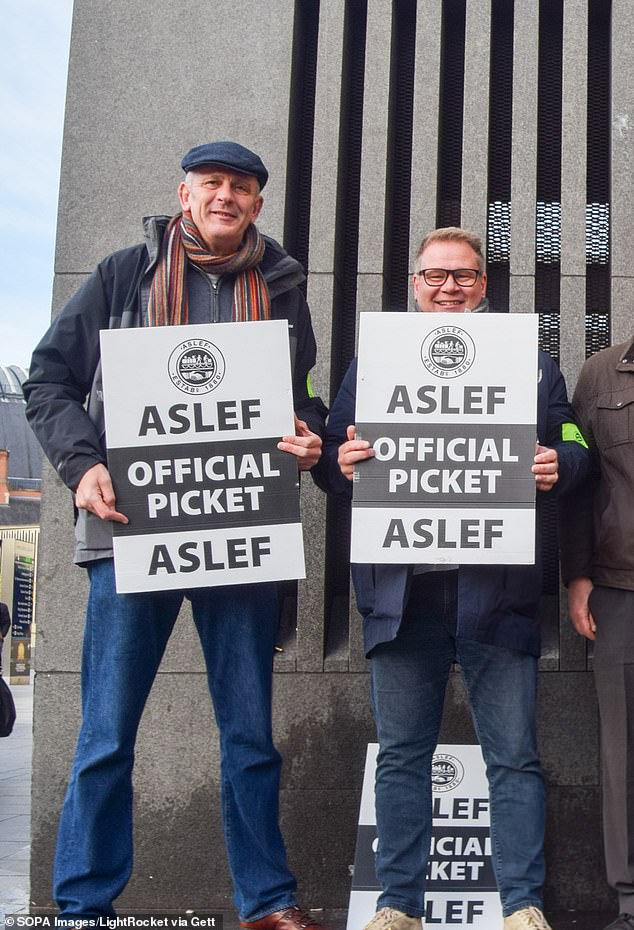 Thousands of Asleaf members who work for 15 train operators will walk out, leaving large parts of the country with no trains for the day. 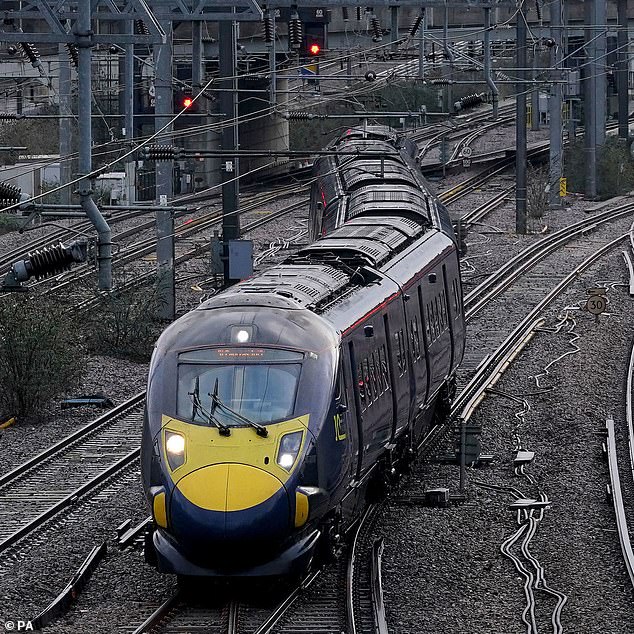 ‘We are in a strange world where the government will do anything to keep private companies in the industry.

‘It is inevitable that more strikes will take place and will probably escalate.

‘We’re always happy to negotiate – we never refuse to sit down and talk across the table – but these companies haven’t given us anything, and that’s unacceptable.’

The closure of the Gatwick Express and Heathrow Express will cut rail links to two of Britain’s busiest airports. 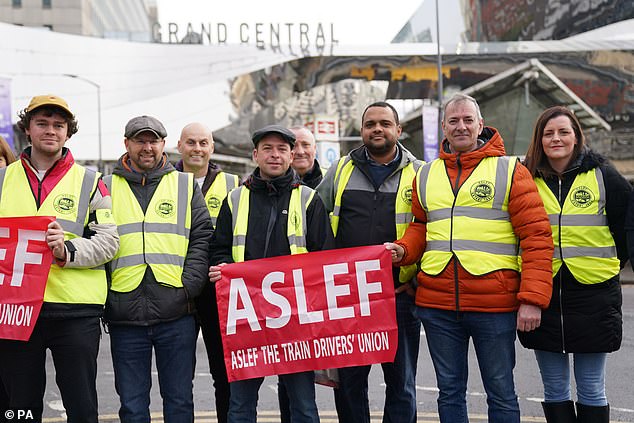 21,000 Aslef workers to walk out in mass strike dubbed ‘Sad Thursday’ – less than ten per cent of train services running 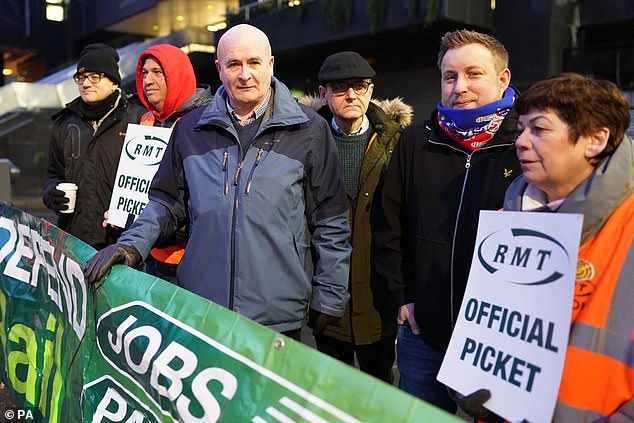 RMT boss Mick Lynch (centre) has accused ministers of ‘undermining efforts to get a deal’ and said a deal was ‘torpedoed’ last month.

Areas where trains will run on Thursday include: Wales; Central Belt, Fife and the Scottish Borders; and parts of the South Western Railway network.

Services will also operate on the London Overground and Elizabeth Line.

According to the Rail Delivery Group, only about 20% of normal services will run.

The Prime Minister was asked on Wednesday about the ongoing wave of strikes across the country, to which he replied that his government’s door is always open for talks.

He said: ‘We are very much looking forward to talks. The door of the government is always open.

‘You will be hearing more from the government about our approach in the coming days,’ Mr Sunak said, ‘My view is that people should always be treated fairly and fairly and ensure that what we are doing is around the responsible is concentrated. What is cheap for the country, for the country.

‘I think that’s the right dialogue to be having, and I hope we can have that dialogue.’

He said that ‘people should have the right to strike’, and ‘this has to be balanced with the right of the British public to go about their lives without undue disruption in the way we have recently seen’.

Mr Sunak said: ‘And that is why I have said that we will introduce new legislation that will restore that balance and importantly protect people’s lives as well as their livelihoods.’

New TUC leader Paul Novak has written to the prime minister calling for an urgent meeting to discuss industrial disputes involving those in the railways, the NHS and the civil service and is demanding a change in government direction, saying ministers should open pay talks Federation.

In the letter, Mr Novak said public services were in crisis after years of ‘underfunding and understaffing’.

RMT general secretary Mick Lynch has warned that industrial action will need to continue beyond May unless the union is given a proper resolution.

Talks are due next week in another attempt to find a compromise.

On Wednesday, a strike by DVSA driving examiners began in London, the south east, south Wales and the south west, while traffic officer service workers on National Highways and Rural Payments Agency workers continued their walkout.

London bus workers in Abellio launched a two-day strike on Wednesday, the first in a series of planned actions by the group throughout January.