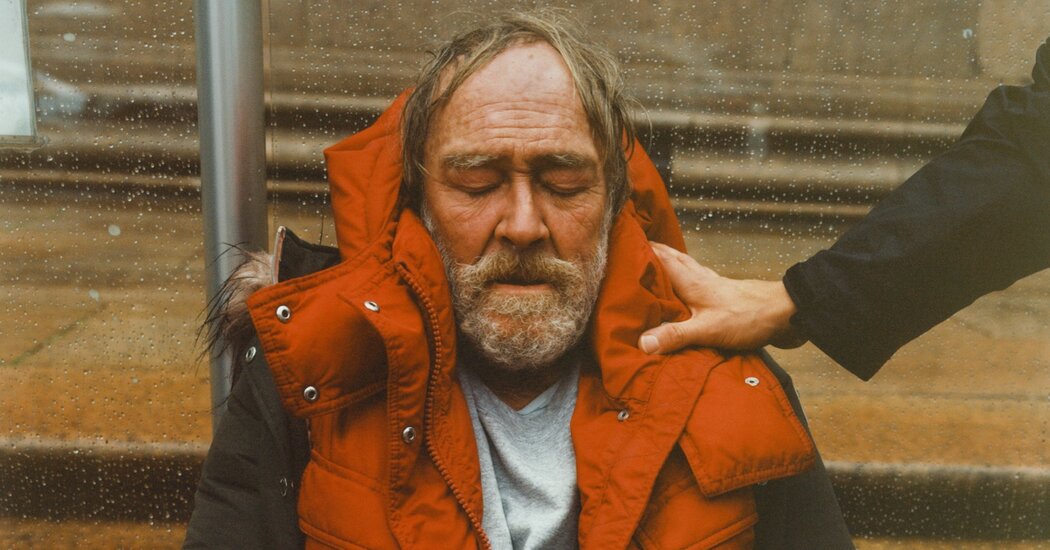 For O’Connell, the failures did not negate the moral imperative of Housing First. But too often, in Boston and elsewhere, housing for chronically homeless people came without enough support—not enough treatment for the problems that come with them, much less how to stay indoors. And in some cases the deplorable nature of the housing was also to blame.

As the years passed, the obstacles grew. As of 2018, Boston did not have enough affordable housing to accommodate people with moderate incomes, let alone the city’s homeless, whose numbers were still growing.

program main The fundraising event, its gala, was a rite of passage of Boston’s charitable springtime—a huge hotel ballroom, dresses and suits, photographers, speeches and pledges. At the end of the 2018 edition, O’Connell took the stage and told two stories. The first was lighthearted, about a patient who, after three decades on the streets, was about to be placed in a subsidized, well-managed apartment building.

The second story was sad. “Not as good as the end,” O’Connell warned the audience. It was about a long term patient. She’d been living off the coast with a drinking, smoking crew for years, and then she decided to turn her life around. She voluntarily went into detox and gave up drugs and alcohol for good. All on his own, without public assistance, he found both an apartment and a job at a laundromat. For nine years she paid her own rent, provided room and board for her child with her boyfriend and another woman. I went to his apartment once. For decoration and cleanliness, it met the standards of a Dutch housewife.

“The problem was,” O’Connell said from the podium, “that one day she came to our clinic with shoulder pain —” it was a late-stage symptom of lung cancer. Mass General treated him. She was courageous and determined, given to saying, “Heaven doesn’t want me, and Hell fears I’ll take over.” She had lived for about four years. But only a few weeks ago she was told that the cancer was not curable. Meanwhile, she is also told that she is being evicted from her apartment.

Gentrification was changing Boston. Real estate developers bought the building in the working-class neighborhood where the sick woman lived. They planned to convert the place into condos, O’Connell recalled. He offered to sell her the apartment for $245,000. She really tried to find a way to raise the money, but was unsuccessful. The day she received her official eviction notice, she paged O’Connell, but when he called her back, she was crying so loudly that she was unable to speak. In that moment, O’Connell realized that her apartment stood for everything she had achieved in life. And now it was being taken away. Had she been placed on public assistance instead of paying her own rent, she would have kept her housing voucher, and the city would have prevented the landlord from evicting her until she found another apartment.

“In the end, she was paranoid that she was going to lose housing,” O’Connell told the silent crowd.

He stopped. In every speech he gave, I had the feeling that whether it was asked or not, the question of what should be done hung in the air. He addressed it now:

“It’s a complex problem. Homelessness is a prism for society, and what we see refracted is not only our health care system, our public-health system, our housing system, but especially our welfare system, our There are weaknesses in the educational system and our legal system. — and our corrections system. If we’re going to fix this problem, we have to work together to address the weaknesses in all of those areas.”