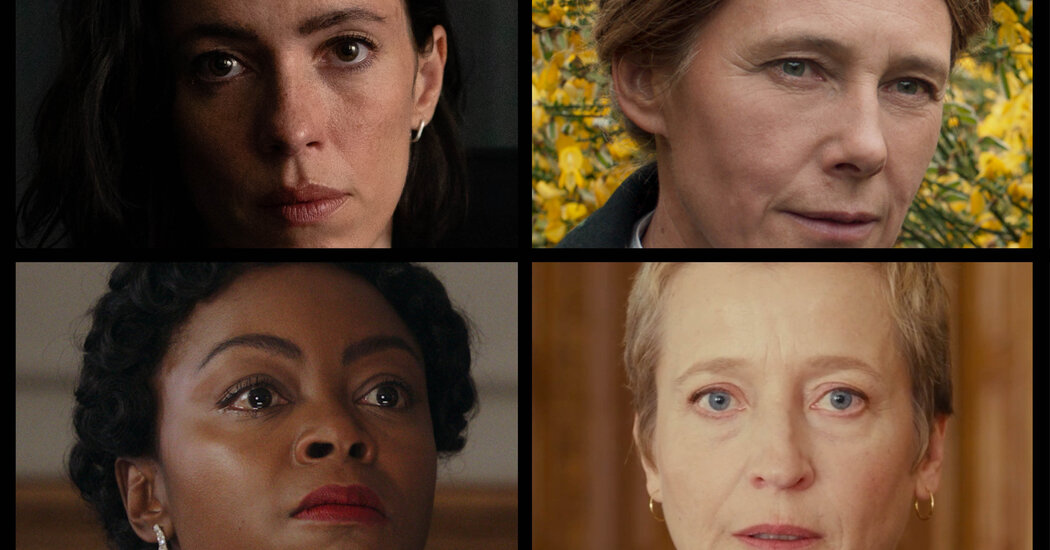 The climax of the experience can feel almost surreal, and Margaret’s monologue certainly doubles as a declaration that she has survived and is alive to tell this tale alone. As the film continues, she is still struggling to overcome the demons of grief and guilt, feeling protective terror as a mother due to the arrival of David, so many years after he left and Changed my name. But for the length of the monologue, she is able to occupy a space without being intrusive or demanding, and eases herself into a moment of thoughtless therapy. As “Resurrection” progresses (cathartically) in macabre fashion, it captures the spirit of this monologue nicely.

The Oscars aren’t until March, but the campaigns have begun. Kyle Buchanan is covering films, personalities and events along the way.

Another genre film Ti West’s “Pearl,” Marathon also uses the monologue to terrifying but very different effect. Mia Goth plays the title character, a farm girl who confides to a friend, her violent urges, as well as the murders she has committed. The more than five-minute piece (which she describes as addressing her husband) opens the film in a new way, because as horrific as Pearl says it, her pain and desperation are palpable. In West’s brightly colored horror story, it’s all the more openly played for unruly humor, and Goth (who is nominated for a independent spirit award for her performance) as Lizzie Borden-meets-Pippi Longstocking continues her mad rampage.

Genre extremes aside, both monologues involve sharing stories of great violence, and violence is central to the testimony of Mamie Till-Mobley, who breaks the brutally enforced silence of the Jim Crow South. Chinoni Chukwu’s “Til” Emmett Till’s murder and the heroism of his mother, Mamie (DANIELLE DEDWILER), before, during and after his killers’ trial, which turns out to be a travesty of justice. The courtroom sequence is more than what we’ve been trained to expect, dramatic reveals, reposts and objections.

The camera remains fixed on Deadwyler as Mamie is asked how she identified her son’s body after it was found. It’s an inherently brutal line of questioning that turns the ugly barbarity of his murder into an excuse to cast doubt on him. Deadwiler and Chukwu turn the scene into something else yet again, a display of resolve, righteous anger and love. Mamie holds her ground with dignity and composure, in a rebuke to a courtroom who has just testified to a sheriff that Emmett Till must be alive and hiding somewhere. Her testimony (which includes lines from court transcripts) is filmed in an opening profile shot that progresses slowly. Deadwyler commands the screen in such a way that his lines feel unified into a single text that demands to be heard.

Mamie’s love for Emmett rises above the corruption of the court, and the camera’s gaze bears testimony to it. Deadwiler closes her eyes as she reveals she can still recognize her son’s body in that terrible state, and the gesture carves out a moment within a moment, capturing the intimacy of maternal love and the immeasurable pain of the experience. Is. Eventually the scene begins to cut back and forth between Mammy and her interrogator, but when she is asked to identify a photo, a climactic reaction ensues. She replies with factual indignation: “This picture is of my son after Mississippi sent him back to Chicago dead.” It’s pretty much Mammy speaking truth to power: the bare facts of Emmett’s journey into a segregated state ruled by racist terror and violence. The extended take helps convey how Mammy is holding her ground and herself in this hostile space. We can’t look away—and we shouldn’t, as she argued through the public display of her son’s body.